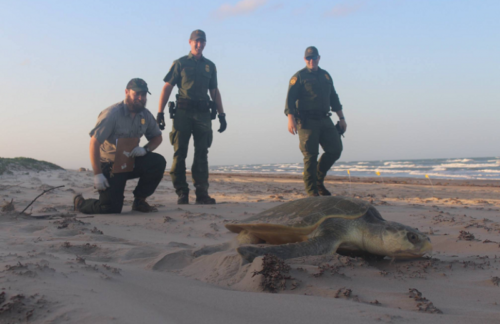 Agents, from Corpus Christi Station, were conducting their normal duties in the dunes when they found a female sea turtle in a catatonic state laying her eggs. The agents contacted the park service and biologists responded immediately to recover the turtle eggs for incubation. This is the second Kemp Ridley sea turtle nest found this year, the eggs would have gone unrecovered if not for the agents. The Kemp Ridley sea turtle is the rarest species of sea turtle and is critically endangered.

The Padre Island National Seashore Division of Sea Turtle Science and Recovery stated that this is the second Kemp Ridley nest found in Texas this year but are expecting many more.