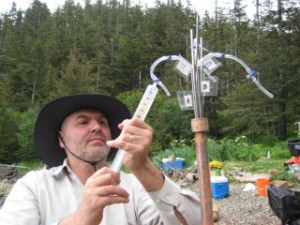 (Newswise)–Temple University Civil and Environmental Engineering Chair Michel Boufadel, an expert in oil spills and their remediation, is working with other scientists in the Gulf of Mexico for three days trying to determine the best approaches for dealing with the ongoing BP oil spill.

“NOAA has formed a team of scientists to try and deal with the oil spill offshore; the plume of oil and how it is moving, what decisions need to be made in terms of using dispersants and how to optimize that application if the decision is made to actually use dispersants,” he said.

Boufadel flew to Baton Rouge, La., on Tuesday evening, May 25, and will be in the Gulf region through Friday, May 28.

The efforts are being coordinated by the Coastal Response Research Center, a joint venture between the University of New Hampshire and NOAA. Boufadel co-chairs of the center’s working groups that studies the transport of oil and the effect of currents, wind and waves on the movement of oil spills.

Boufadel, who is Director of Temple’s Center for Natural Resources Development and Protection, has spent the past three years studying why an estimated 20,000 gallons of oil from the Exxon Valdez spill is still trapped in the gravelly beaches of the sound.

Although the BP Gulf of Mexico spill has surpassed the Exxon Valdez accident of two decades ago, Boufadel said the lasting impact of the two spills could be markedly different.

“It is a completely different environment in the Gulf of Mexico compared to Alaska’s Prince William Sound,” says Boufadel. “The beaches in the Gulf are made of fine sand, so the oil might not penetrate deep into the beaches, but sand accumulation could shelter the oil until a major storm such a Katrina erodes the sand and re-exposes the oil.”

He hopes to bring samples from the Gulf spill back to his lab at Temple for further study and analysis.