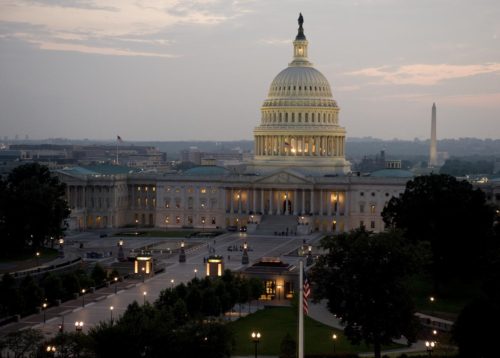 Photo courtesy: Architect of the Capital

Washington, D.C.–The Recording Academy and its members across the country are celebrating the passage of the Music Modernization Act by the Senate. This movement of the historic bill is a victory for all music creators, setting a clear path to the president’s desk.

“The passage of the Music Modernization Act by the Senate is a historic moment for the tens of thousands of music creators across the nation,” said Neil Portnow, President/CEO of the Recording Academy. “Since first proposing the music industry unite around a common bill in 2014, our members have lobbied in Washington and all 50 states to achieve this vision. When creators raise their voices for fairness, they make great progress.”

Portnow issued a clarion call for collaboration among music creators in 2014 when he testified before Congress and called for comprehensive copyright updates. Since then, the Recording Academy has activated its membership of performers, songwriters, and studio professionals to advocate for the bill through its flagship initiatives, Grammys on the Hill and District Advocate day, along with a wide range of regional and online activities.

“The passing of the Music Modernization Act by the Senate is a huge turning point,” said Harvey Mason Jr., Recording Academy National Advocacy Committee Co-Chair and four-time Grammy-nominated producer and songwriter. “This vote says loudly and clearly that music and those that create it are valued by our government and its citizens. We are all so thankful for this step to ensure music makers are compensated fairly.”

The Recording Academy first called for this comprehensive update to music legislation in 2014 during Grammys on the Hill, with Neil Portnow testifying before Congress shortly after, encouraging its introduction.

Since then, the Academy has been tirelessly advocating for its support. On April 18 to 19, as a part of the Academy’s Grammys on the Hill Advocacy Day, more than 100 Grammy winners, nominees, and Academy leaders met with nearly 60 Senate and House offices, including key congressional leadership, to advocate for the bill.