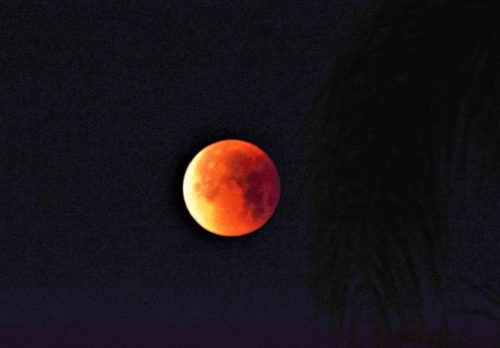 The celestial show featured a supermoon, a blue moon and a lunar eclipse at the same time.

A supermoon occurs when the moon is closer to earth in its orbit and appears about 14 percent brighter than usual. As the second full moon of the month, this moon is also commonly known as a blue moon, though it will not be blue in appearance. The super blue moon passed through earth’s shadow and took on a reddish tint, known as a blood moon.

A total lunar eclipse occurs when the sun, earth, and a full moon form a near-perfect lineup in space. The whole process took more than four hours.

The West Coast, Alaska and Hawaii had the best view of totality, from start to finish. For the eastern U.S. and Canada, a clear view was limited as the moon sets and the sun rises during the early stages of the eclipse.