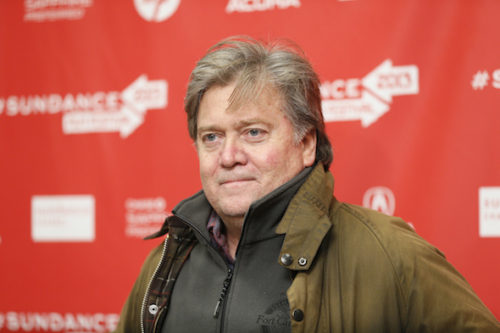 WASHINGTON – All of the major Democratic Party liberal groups and progressive groups told San Diego County News late Sunday evening that they will vigorously oppose President-elect Donald Trump’s soon to be administration, especially in light of his late Sunday evening announcement appointing Alt-Right and former Breitbart News CEO, Steven Bannon, 62, as his chief strategist and senior adviser to the president-elect. In the same announcement Trump named Reince Priebus, 44, the Republican National Committee Chair, as his chief of staff.

The dual appointments — with Bannon given top billing in the official announcement — instantly created rival centers of power in the Trump White House. Bannon’s selection demonstrated the power of grass-roots activists who backed Trump’s candidacy. Some of them have long traded in the conspiracy theories and sometimes racist messages of Breitbart News, the website that Bannon ran for much of the last decade.

The site has accused President Barack Obama of “importing more hating Muslims”; compared Planned Parenthood’s work to the Holocaust; called the conservative commentator Bill Kristol a “renegade Jew”; and advised female victims of online harassment to “just log off” and stop “screwing up the internet for men,” illustrating that point with a picture of a crying child.

Since its founding in 2007, Breitbart News Network has grown to become one of the most popular news outlets on the right. Over the past year however, the outlet has undergone a noticeable shift toward embracing ideas on the extremist fringe of the conservative right. Racist ideas. Anti-Muslim and anti-immigrant ideas –– all key tenets making up an emerging racist ideology known as the “Alt-Right.” 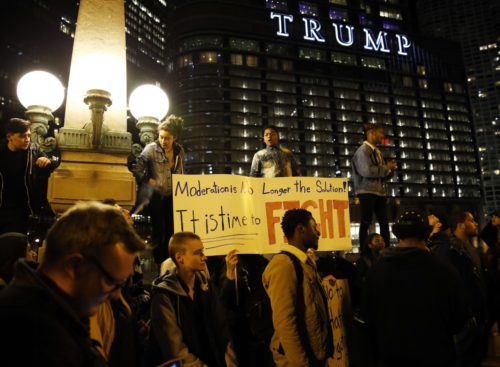 The Alt-Right is a loose set of far-right ideologies at the core of which is a belief that “white identity” is under attack through policies prioritizing multiculturalism, political correctness and social justice and must be preserved, usually through white-identified online communities and physical ethno-states.

According to the Southern Poverty Law Center, over the past year the media outlet has been openly promoting the core issues of the Alt-Right, introducing these racist ideas to its readership – much to the delight of many in the white nationalist world who could never dream of reaching such a vast number of people.

Breitbart has always given a platform to parts of the radical right, most notably elements of the organized anti-Muslim and anti-immigrant movements. Breitbart has also organized conferences featuring nativist speakers and published op-eds and interviews with movement leaders. But since 2015, Breitbart began publishing more overtly racist diatribes about Muslims and immigrants.

Ben Shapiro, the former editor-at-large of Breitbart, has criticized Bannon as opportunistic and sinister.

“[Bannon] is a vindictive, nasty figure, infamous for verbally abusing supposed friends and threatening enemies,” Shapiro wrote in the Daily Wire in August. Shapiro, who resigned in protest from Breitbart in March, predicted a plum role for Bannon if Trump won the election.

“Because Bannon’s ambitions extend to Steve Bannon, he’ll tell Trump he’s doing a fantastic job even if he isn’t,” Shapiro wrote. “That’s how Bannon Svengalis political figures and investors – by investing them in his personal genius, then hollowing them out from the inside.”

The grass-roots Alt-Right activists may be angered by the selection of Priebus as chief of staff, viewing him as a deal maker who will be too eager to push the new president toward compromise on issues like taxes, immigration, trade, health care and the environment. In a statement Sunday afternoon, the transition team emphasized that the two men would work “as equal partners to transform the federal government.” 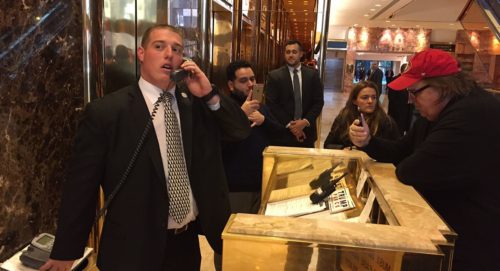 Within minutes of the announcement which coincided with Trump’s appearance on 60 Minutes, Democratic Party liberals and progressives voiced their opposition to the news.

“You are known by the company you keep,” stated Rep. Keith Ellison (D-MN), who is expected to announce on Monday, November 14, he will run for the Democratic National Committee Chair position. “Trump has always looked at Bannon as his ideological soul brother, and that’s troubling when you have the in-coming president espousing white nationalist views.”

An example of some of the incendiary remarks Bannon has made about progressives was this one: Bannon once used an anti-gay slur to describe why progressives are baffled by conservative female politicos like Ann Coulter and Sarah Palin.

In a 2011 interview, Bannon said that conservative women are denounced by the left because they aren’t a “bunch of dykes that came from the Seven Sisters schools up in New England.”

Bannon made his remarks in a radio interview while promoting his movie, Fire From the Heartland: the Awakening of the Conservative Woman.

U.S. Senate Minority Leader, Harry Reid (D-AZ), stated to San Diego County News in an interview Sunday evening, that “it is no wonder that Trump is a sexual predator because of his association with people like Bannon.”

“The Democratic Party and our supporters across the country will obstruct and remind Trump that he does not deserve the respect of the American people after refusing to apologize for the hateful, sexist, and racist campaign he ran,” insisted Senator Reid.

Thousands of demonstrators filled public squares, parks and streets in the country’s three largest cities on Saturday to protest President-elect Trump as part of a wave of dissent that has swelled since the presidential contest last week.

They were transgender people, the children of immigrants, and parents toting infants on their back. They were families, students, and men and women of all ages and races. Many carried cardboard signs — “Show the world what the popular vote looks like,” read one, “Putin Won,” said another. As throngs marched through city streets, the participants joined in a cry of “Not my president!”

In one of the largest anti-Trump demonstrations since his election on Tuesday, a mass of people marched from Union Square in Manhattan to Trump Tower, the headquarters and home of Trump. Protesters marched around one of Trump’s buildings in Chicago. In Los Angeles, thousands of people marched up Wilshire Boulevard, forming a crowd that stretched for nearly a dozen blocks.

“I’m just doing my part in democracy,” said Ramon Harris, 25, who joined the protest in Los Angeles. “I feel that this is a way for me to voice my opinion.”

On Friday, January 20, 2017, in Washington D.C., Donald Trump will be sworn in as the nation’s 45th president. The next day, a demonstration that aims to bring a million women and feminists to the nation’s capital will formally protest his inauguration as commander-in-chief. The idea for the mass protest, which will see marchers begin at the Lincoln Memorial and finish outside of the White House, is nascent — basic plans for the demonstration began popping up on Facebook within the last 24 hours. It appears the organizers are launching Facebook groups in individual states — so far 16 states have pages on the social media network.

Filmmaker Michael Moore stopped by Trump Tower on Saturday in hopes of meeting with President-elect Trump.

“Mr. Trump. I’m here. I want to talk to you,” Moore wrote in a note left with a doorman, according to a pool report. Moore, a liberal activist who predicted in July that Trump would win the election, walked into the lobby of the Manhattan building and home of the president-elect at 1:10 p.m., wearing a San Francisco 49ers cap.

Moore documented his visit on Facebook Live, as he headed toward the escalator.

“We’ll see — maybe if he’ll let me in his office,” Moore said. “I came last Saturday and talked to [campaign manager] Kellyanne Conway. It went well. They didn’t kick me out.”

Moore made it up to the fourth floor before Secret Service told the filmmaker he could not go any higher. He tried to go up farther in an elevator but was denied.

Moore left a voice mail message on Sunday evening with San Diego County News, stating: “…let’s not forget that Hillary Clinton won the popular vote by 900,000 more than Trump…the progressive wing of the Democratic Party has awaken and we will make Trump’s presidency a living hell!”