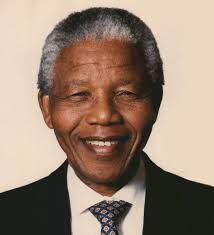 Our opinion page is open for those who wish to talk about the work of Nelson Mandela.

Throughout his life, Nelson Rolihlahla  Mandela met the purveyors of injustice, intolerance, and racism with an unyielding determination to forge a better and fairer future for his beloved nation.  From joining the anti-apartheid movement, the African National Congress, and serving 27 years behind the bars of Robben Island as a political prisoner to his groundbreaking tenure in office and later advocacy on behalf of victims of HIV/AIDS, President Mandela stood ever firm for the principles of justice, democracy, equal rights, and peaceful co-existence.  Embracing a strategy of non-violent mass resistance, he helped ushered South Africa out from the shadows of apartheid into a new day of freedom, democracy, and hope.

He will be missed not only by the people of South Africa, with whom I join in mourning their beloved Madiba, but by Americans of every color and faith, including the many who worked tirelessly from afar to call attention to the injustice and brutality of apartheid, to protest his unjust imprisonment, and to boycott the evil system he struggled to overturn.  President Mandela’s legacy will be not only one of toppling apartheid but ensuring that it was replaced not by bitterness and division but by reconciliation and a shared commitment to the rights of all South Africans.  Our world will surely be a lesser one without President Mandela walking among us, but our future has been made ever greater by the legacy he leaves indelibly printed in our hearts.

Today I join my fellow members of Congress and the intentional community in mourning the loss of a great global leader and icon President Nelson Mandela. President Mandela’s struggle and sacrifice taught us that injustice and oppression must be extinguished no matter where it may exist and that protest, dialogue, forgiveness and reconciliation and are fundamental and necessary to ourselves and society.

President Mandela’s fight for freedom was a personal inspiration for me. I joined countless other Americans in fighting for his freedom and for ending apartheid in South Africa. During the 27 years he spent imprisoned on Robben Island, he never lost hope and never lost his humanity. I visited Robben Island and saw the 8-by-7-foot cell he lived in. In the 1970’s and 1980’s, President Mandela’s example taught me that although the struggle for social and economic justice might take many years, it was my responsibility to continue that fight, and if he could keep his focus on these values, then I certainly can also.

For decades, President Mandela’s grace, his humility and self-sacrifice showed to the world his great depth and strength of character. He exemplified and left no doubt that forgiveness can be transformative beyond all measure. Nelson Mandela’s struggle embodied what was at stake, that his country, deeply divided over the oppressive and brutal polices of apartheid, had no choice but to change.

In life President Mandela taught us what it means to forgive and in death, he reminds us that the struggle for justice, freedom and peace must continue until all people no matter where they are born, or their economic status, their religion, their sexuality, or their ethnicity must be free live from persecution, intimidation, and violence.

President Mandela will remain an inspirational figure, to me and a generation of us who, though far from South Africa, took up the cause to fight against apartheid to ensure our nation played its part to ended policies that supported South Africa’s oppressive government.

In the days, weeks and years ahead, let us celebrate President Nelson Mandela’s life, draw strength from the many lessons he taught us through his sacrifice and leadership and let us forever be reminded that his struggle, South Africa’s struggle is our global struggle.

On behalf of the Republican Party, I send our deepest sympathies to the Mandela family and to the people of South Africa on the passing of former President Nelson Mandela. The world will always remember the legacy of the man who dedicated his life to freedom and equality.

An oppressive government, 27 years in prison, and a divided nation – none destroyed his determination to see a more just world. His legacy is defined by doing what others declared impossible, most notably fighting the evil of apartheid and beginning the healing of a nation.

Our hearts and prayers go out to the family and loved ones of Nelson Mandela,” said Co-Chair Day. “He made a profound impact on the global fight for equality and peace. So today, we mourn his passing while also celebrating a life that transformed history

At his trial in 1964, Nelson Mandela closed his statement from the dock saying, “I have fought against white domination, and I have fought against black domination.  I have cherished the ideal of a democratic and free society in which all persons live together in harmony and with equal opportunities.  It is an ideal which I hope to live for and to achieve.  But if needs be, it is an ideal for which I am prepared to die.”

And Nelson Mandela lived for that ideal, and he made it real.  He achieved more than could be expected of any man.  Today, he has gone home.  And we have lost one of the most influential, courageous, and profoundly good human beings that any of us will share time with on this Earth.  He no longer belongs to us — he belongs to the ages.

Through his fierce dignity and unbending will to sacrifice his own freedom for the freedom of others, Madiba transformed South Africa — and moved all of us.  His journey from a prisoner to a President embodied the promise that human beings — and countries — can change for the better.  His commitment to transfer power and reconcile with those who jailed him set an example that all humanity should aspire to, whether in the lives of nations or our own personal lives.  And the fact that he did it all with grace and good humor, and an ability to acknowledge his own imperfections, only makes the man that much more remarkable.  As he once said, “I am not a saint, unless you think of a saint as a sinner who keeps on trying.”

I am one of the countless millions who drew inspiration from Nelson Mandela’s life.  My very first political action, the first thing I ever did that involved an issue or a policy or politics, was a protest against apartheid.  I studied his words and his writings.  The day that he was released from prison gave me a sense of what human beings can do when they’re guided by their hopes and not by their fears.  And like so many around the globe, I cannot fully imagine my own life without the example that Nelson Mandela set, and so long as I live I will do what I can to learn from him.

To Graça Machel and his family, Michelle and I extend our deepest sympathy and gratitude for sharing this extraordinary man with us.  His life’s work meant long days away from those who loved him the most.  And I only hope that the time spent with him these last few weeks brought peace and comfort to his family.

To the people of South Africa, we draw strength from the example of renewal, and reconciliation, and resilience that you made real.  A free South Africa at peace with itself — that’s an example to the world, and that’s Madiba’s legacy to the nation he loved.

We will not likely see the likes of Nelson Mandela again.  So it falls to us as best we can to forward the example that he set:  to make decisions guided not by hate, but by love; to never discount the difference that one person can make; to strive for a future that is worthy of his sacrifice.

For now, let us pause and give thanks for the fact that Nelson Mandela lived — a man who took history in his hands, and bent the arc of the moral universe toward justice.  May God Bless his memory and keep him in peace.

The National Organization for Women joins the rest of the world in mourning the loss of Nelson Mandela. While deeply saddened by his passing, we are also deeply thankful for his courage, integrity and grace. He will continue to be an inspiration for future generations.

We will remember Nelson Mandela for the many ways in which he made this world a better, freer place, and for his dedication to the rights of the oppressed. NOW was an early supporter of the anti-apartheid movement, activism that included then-president Ellie Smeal’s arrest outside the South African Embassy. Later, under Mandela’s leadership, South Africa’s constitution codified women’s rights to access reproductive healthcare and the country ratified the U.N Convention on the Elimination of All Forms of Discrimination Against Women (CEDAW) in 1995 — steps the United States has yet to take.

NOW’s Advisory Committee co-chair, Ambassador Carol Moseley Braun, said: “He was a father to his nation and a shining example for leaders everywhere. A bright light has gone out of the world; but those of us who were fortunate enough to have known Nelson Mandela will always be grateful to have had the opportunity to spend time with him and learn from him. Now it is up to us to carry forward his legacy of peace and justice.”