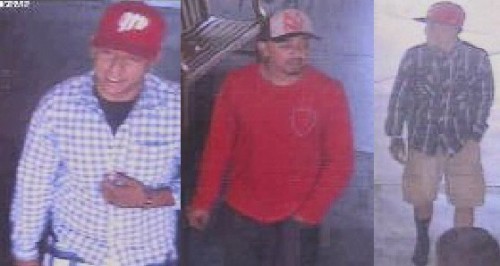 SAN DIEGO–Crime Stoppers and investigators from the Chula Vista Police are asking for the public’s help to identify and locate three unknown suspects wanted for commercial burglary.

Detectives said on June 22 at approximately 10:30 a.m., three unknown suspects stole approximately 60 t-shirts valued at over $2,000 from the Express store at the Chula Vista Center Mall located at 555 Broadway in Chula Vista. The suspects were last seen on foot running from the store.

Crime Stoppers is offering up to a $1,000 reward to anyone with information that leads to an arrest in this case. Anonymous email and text messages can be sent in via www.sdcrimestoppers.com.