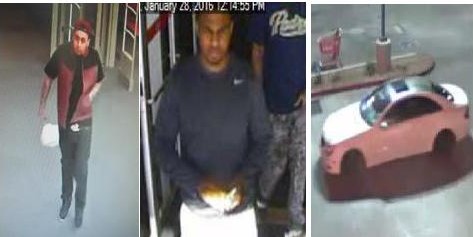 The latest incident happened just after 8 p.m. on February 13 at the Target store located in the 1000 block of North El Camino Real in Encinitas. A man went up to the Target customer service desk to return an Apple Watch in a shrink-wrapped box. The clerk processed the man’s request and refunded him more than $300. Days later, when store employees restocked the product and opened the shrink-wrapped box, they discovered there was no Apple Watch inside. Instead, they found a water bottle and paper towels.

Detectives say two men are behind this crime, which has also been reported in other cities in San Diego county, Southern California and Las Vegas, Nevada since January 28. The total loss to date is more than $5,200.

If you have any information on these incidents, call Crime Stoppers at (888) 580-8477. You can remain anonymous and be eligible for up to a $1,000 reward for information that leads to an arrest.