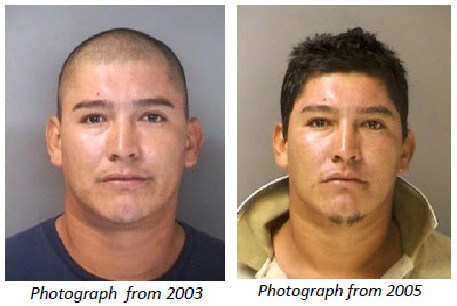 Detectives said on September 6, 2006, Ruiz was involved in an altercation with Filemoni Lauina, at a parking lot located in the 5000 block of Logan Avenue in the community of Lincoln Park in San Diego. After the fight, Ruiz left the area driving his vehicle. Ruiz returned a few minutes later, drove up to Lauina and fired several shots while he was seated in his vehicle. Lauina, who was severely injured, was transported to the hospital where he later died from his injuries. Ruiz fled the scene in his vehicle and is wanted for his alleged involvement in the murder.

Detectives are asking anyone with any information on the location of Omar Ruiz to call San Diego police homicide unit at (619) 531-2293, or the Crime Stoppers anonymous tip line at (888) 580-8477. Anonymous email and text messages can be sent to www.sdcrimestoppers.com.