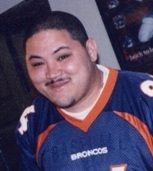 SAN DIEGO–Crime Stoppers and the San Diego Police continue to look for leads on the six-year anniversary of the unsolved murder of Kimo Muronaga.

Detectives said on July 26, 2007, at about 10:30 p.m., Kimo Muronaga was shot and killed while walking from his home to his job at a print shop in the Mountain View neighborhood of San Diego. Detectives said Muronaga noticed a suspicious looking vehicle pulling over as he was walking on 3600 Imperial Avenue. He also noticed someone getting out of the vehicle. Fearing for his safety, Muronaga ran away from the suspicious person. He was shot as he fled on Imperial Avenue near 36th Street.

Anyone with information on the identity and or location of the person/persons responsible for this crime is asked to call San Diego police homicide at (619) 531-2293, or the Crime Stoppers anonymous tip line at (888) 580-8477. Anonymous email and text messages can be sent in via www.sdcrimestoppers.com.