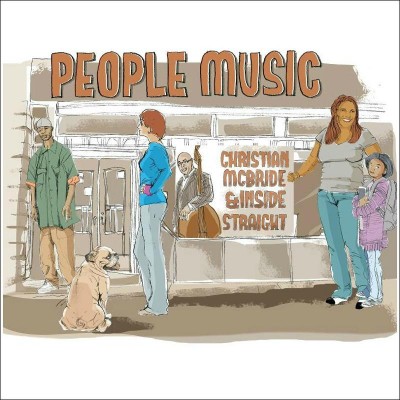 The May 14, 2013 release of McBride’s People Music under the Mack Avenue Records label is Inside Straight’s second release, with six of the album’s eight tracks features the core lineup of McBride, saxophonist Steve Wilson, vibraphonist Warren Wolf, pianist Peter Martin and drummer Carl Allen. The other two tracks substitute pianist Christian Sands and drummer Ulysses Owens, Jr., who have performed extensively with the band when Martin’s touring schedule with Dianne Reeves or Allen’s duties as Artistic Director of Jazz Studies at Juilliard keep them away from the bandstand. Sands and Owens also comprise McBride’s new trio, which will make its recording debut later this year.

People Music is a little different from McBride’s past works because with Inside Straight, inclusiveness extends to the name of the band itself, famously the result of a contest that generated more than 3,000 submissions from fans. But more importantly, as is evident throughout the eight original tunes on People Music, that means balancing intense interplay with an exuberant personal expression that speaks directly to the listener. 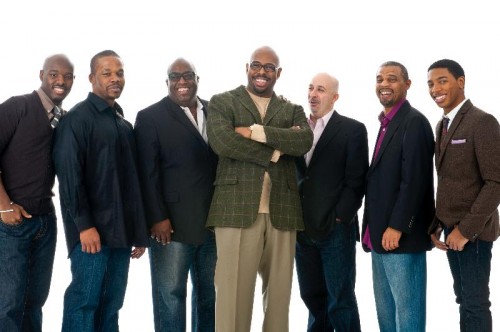 “When you pull the people in, you can go anywhere as long as they feel like they’re a part of the ride,” McBride continues. That’s why Cannonball Adderley was always my hero who always exemplified high artistry, but no matter how esoteric or abstract it could get, he still related to people. And I’ve always felt that this band plays ‘people music’.”

It is this concept and approach – the musician’s ability to relate to people – is the guiding musical philosophy of People Music. McBride allowed the artists in this CD to explore their musical roots and unlimited possibilities in deriving new materials, which is exactly what they did.

It should be noted with a little assistance from the bass man himself, McBride, Inside Straight created music that stands apart, which is entirely rooted in what we recognize as jazz principles and usually, but by no means always, exhibits some or all the standard characteristics: an equation of composition and improvisation, robust rhythms, dance band instrumentation variations, blues and instrumental frameworks, and blues tonality.

The evidence of this approach is locked in the first track, Listen To The Heroes Cry. This original composition has a lightly nostalgic melody countered by a kenning quality of McBride to use every instrument fully and equally, as well as to arrange them in creative combinations. Christian Sands’ piano arrangements are much freer and Steve Wilson’s alto sax nearly careens into the band, which is accompanied by Warren Wolf’s subtle sprinkles of his vibes with Sands giving way to McBride’s forceful and controlled bass counterpoints. This tune has lots of colors which the band created and balanced with such dazzling precision, or for the structural designs with which they enhanced the musical elements of blues, swing rhythms, eccentric tonalities, and big band like instrumentation, all indigenous to jazz.

On the Gang-Gang track, Wolf gets a chance to show off his composing credentials and comes through with glowing results by delivering a sensational performance! The musician’s roles are discretely patterned in this piece. The release swings fiercely, and the solos are knock-outs, especially Wolf’s bebopping choruses, inflected with triplets, doubled-up phrases, riffs. Peter Martin on piano uses breaks to impart a blues-drenched enchantment. Wolf demonstrates the lighter side of his vibesbility, as well as his mastery of the swing/blues idioms and command of the expressive capabilities of his instrument.

McBride appears to have discovered something important about jazz and swing and improvisation: their significance will atrophy if taken for granted. They must constantly be reassessed, rediscovered, reimagined, and reclaimed from the larger musical turf. The release of People Music goes a long way in satisfying the hunger that the jazz world has for new materials beyond its own ever receding traditions and the parallel world of pop standards that nourished them for so long.