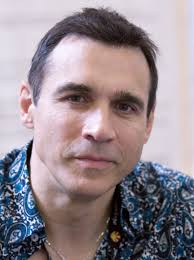 LOS ANGELES–Celebrities will compete to win funds for charities they support at the PEACE Fund Games, December 6 and 7 at Camp Pendleton Paintball Park in Oceanside.

making a paintball pod holder tournament will highlight each celebrity’s personal charity, while raising awareness for their causes and attempting to set the world record for the largest celebrity paintball battle. The Hunger Games styled event will be the first interactive paintball tournament allowing fans from home to donate to their favorite teams. This star-studded, action-packed weekend will not only celebrate Hollywood’s competitive talents, but also the inspirational charities who make a difference in the world, but are often unrecognized.

The first Annual PEACE Fund Games is the brain-child of Adrian Paul, during a conversation with actor Luke Goss, on the weekly radio show, Peace Fund Radio. Several months later, when actor Cas Anvar came on the same show, the games began to take shape. It has been the intent of the PEACE Fund to collaborate with various charities to support them logistically and financially, while partnering on initiatives to help children around the world. Now the Peace Fund Games has furthered that idea, with celebrities raising awareness and funds for the causes they support. Hosted by Adrian Paul, Carrie Keagan, Eric Moran and Eric Zuley: The PEACE Fund Games will begin at 8 a.m. on December 6 and ends on Sunday, December 7 with one team ending the tournament victorious.

The PEACE Fund was founded in 1997, by Actor Adrian Paul with his mandate of “helping children everywhere,” and the Fund’s initial program “School Makes a Difference.” The program was designed to show children how fun learning can be and how it positively impacts their lives. Now, the PEACE Fund has a series of strategic relationships with organizations around the world that aid to continue its commitment to help protect, educate and aid children everywhere. Funds raised work to improve the lives of children around the world, providing hygienic kits for the children of Mercy and Sharing charity, building homes for children in the Dominican Republic and supplying a baby respiratory unit for a hospital in Hungary are just some of the way The PEACE Fund gives back.