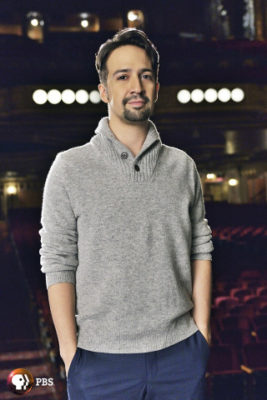 The PBS Arts Fall Festival returns Friday nights, beginning October 21 with all new programs, including the highly anticipated look into the making of the Broadway phenomenon Hamilton, a contemporary take on the life of founding father Alexander Hamilton. Visionary Lin-Manuel Miranda, the show’s Tony and Grammy Award-winning creator and star, will host this year’s festival.

Days before the inauguration of the 45th American president in January 2017, “Frontline” will premiere “Divided States of America,” a four-hour, two-night documentary miniseries that looks back at events during the Obama presidency that have led to deep divisions in our country, and examines the America the next president will inherit.

“The Great War,” a six-hour, three-night event, will premiere in April 2017 in conjunction with the 100th anniversary of America’s entry into the war on April 6, 1917. “The Great War” is executive produced by Mark Samels and directed by award-winning filmmakers Stephen Ives, Amanda Pollak and Rob Rapley.