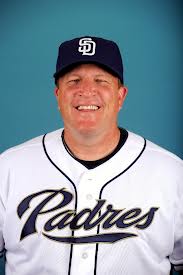 SAN DIEGO–The Padres and Tucson Padres have announced a new manager with strong Arizona ties. Pat Murphy, who for 15 seasons was the Arizona State University baseball coach, is the new manager of the Tucson Padres. Murphy managed the Padres Short-Season affiliate in Eugene, Oregon each of the past two seasons, posting the Northwest League’s best overall record in both 2011 and 2012.

Before joining the Padres organization as a Special Assistant to Baseball Operations in 2010, Murphy was one of the most successful coaches in College Baseball. He was one of only three coaches in NCAA Division 1 history to reach 1,000 career wins before age 50. The Sun Devils finished with a Top 5 national ranking in three of his last five seasons and had 47 consecutive Top 10 rankings from 2007-2009. Murphy worked with many Major Leaguers when they were collegiate players, such as Dustin Pedroia, Andre Ethier and Ike Davis.

Murphy also had tremendous success as the baseball coach at Notre Dame from 1988-1994, leading the Fighting Irish to the regional finals in three consecutive seasons. Notre Dame gave Murphy an honorary monogram in 2011 and named their clubhouse and locker room facility the “Coach Pat Murphy Clubhouse.” As a player, Murphy pitched for four seasons professionally, including one year with the Padres organization at High-A Salem in 1983.

“Tucson is a great city and I’ve always enjoyed going there,” said Murphy. “I am excited for next season and the challenge of managing in Triple-A.”

University of Arizona’s College World Series winning coach Andy Lopez is excited to have his friend Murphy in town. “I have coached against Pat many times and his teams always play hard. His teams always take his competitive personality and I’m sure next year will be no different,” said Lopez.

Patrick pitched for the Tucson Toros in 1995 and 1996 as an Astros minor leaguer. He pitched 16 seasons professionally, including two years in the Major Leagues. Patrick made his Major League debut with the Milwaukee Brewers in 1998 and pitched for the San Francisco Giants in 1999. Last season, Patrick led the High-A Lake Elsinore Storm pitching staff to the best ERA in the California League (4.31).

Tornincasa is making his Triple-A coaching debut after 13 seasons in the Padres organization. He spent the last two seasons with Double-A San Antonio, where the Missions won the Texas League championship in 2011. Also in 2011, Tornincasa was the recipient of the Jack Krol Award for contributions to Padres player development. In 2009, he was the hitting coach for the Midwest League champion Fort Wayne TinCaps.

The Tucson Padres first home game is Thursday, April 12 against the Fresno Grizzlies.