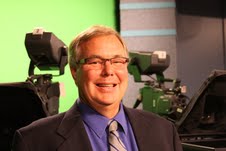 According to the NATAS website, “The Silver Circle was established in 1983 and 250 members have joined the prestigious honor roll.  The Silver Circle is open to individuals who began their careers in television at least 25 years ago either in a performing, creative, technical or administrative role within our industry, or in an area related to television such as TV journalism education, advertising, promotion and public relations.  All candidates must have also made a significant contribution to Pacific Southwest Television for a significant portion their 25-year career.”

Pat Hahn, chair of the media studies department said, “This award is very well-deserved. Gregg has done so much – not only for the television community, but for the many students who have gone through our program.”