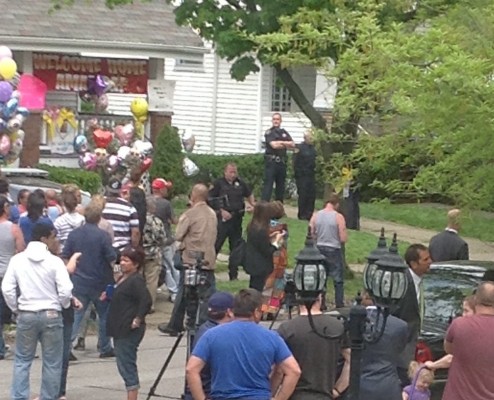 Berry, 27, along with Gina DeJesus, 23, and Michelle Knight, 32, were held captive for 10 years inside the home of accused tormentor Ariel Castro, 52, a former school bus driver.

The women were rescued Monday by a man who heard Berry’s cries for help inside the boarded up house.

Castro was arrested and charged on Wednesday with kidnapping and raping the three young women.

Castro’s two brothers were also arrested, but later released after investigators determined the two men had no knowledge of the kidnappings.