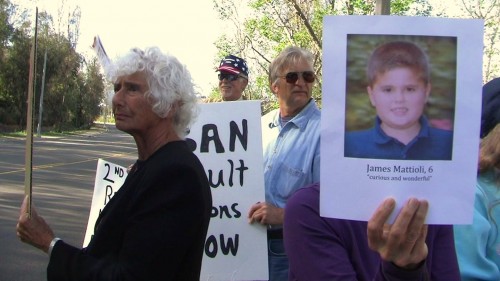 OCEANSIDE–OFA (Organization for Action) is a non-profit grass-roots group organized after President Obama’s victorious election in 2012 to promote his second term agenda, part of which includes gun control, immigration reform and climate control. OFA is totally volunteer. The organization began grass-roots fundraising in February and by the end of the quarter reported $4.9 million. There are hundreds of teams throughout the country.

The OFA Oceanside team, under the helm of Bob Spencer, a retired teacher and invigorating leader, has been very, very busy in its efforts to promote national gun safety legislation, thanks to many hard-working volunteers. Linda Slater has embarked on an ambitious outreach program. She is also instrumental in setting up and maintaining up-to-date records to track information essential to growing local participation. Bob insists that phone banks are the most valuable resource his group utilizes. Jeanette Peck, Spencer’s predecessor, and David Hillhouse not only spend hours making calls, but frequently open their homes to host phone banks.

The group has also held several public events. In late February they hosted a candlelight vigil in the courtyard in front of the Oceanside Civic Center to promote gun safety. Approximately 150 North County residents from Oceanside, Carlsbad and Vista wore green ribbons and held aloft burning candles and photographs of gun victims, including those of the 20 six- and seven-year-old children killed in the bloody massacre at Sandy Hook Elementary School in Newtown, Conn. on December 14, 2012. Six adults also died. In terms of mass shootings by an individual, the Sandy Hook massacre is second to the 2007 shootings at Virginia Polytechnic Institute and State University in Blacksburg, Virginia. The deadliest such shooting in American history, 32 people were killed and 17 injured.

On April 7, Spencer hosted a barbeque at his beach-front condo in Oceanside. For the Spencer brood, OFA is a family commitment. He was joined by wife Sherry, a daughter-in-law, her parents and some of his grandchildren. The purpose was to energize OFA members, boost support for upcoming events, register voters, assign tasks and obtain signatures for a gun safety petition to present to 49th District

Saturday, April 13, the Oceanside group joined the San Marcos OFA team in a sidewalk gathering at Via Vera Cruz and San Marcos Blvd. to gather signatures for the petition, drum up community support and solicit additional volunteers for OFA.

On April 16, OFA teams in Oceanside, Carlsbad, Vista, Encinitas and San Clemente united in a sidewalk rally at the San Marcos office of Cong. Issa to present petitions demanding his support of the Senate bill, slated for vote the next day. Close to 100 people lined Thibodo Road with signs declaring: “They Deserve a Vote!”, “90% of Americans Can’t Be Wrong,” and “Gun Safety NOW”. There were impassioned speeches by Rev. Beth Johnson, pastor, Palomar Unitarian Universalists Church in Vista and Rev. Madison Shockley, pastor of Pilgrim United Church of Christ in Carlsbad, Ca. Rev. Johnson, diminutive in stature but a powerful speaker, led the crowd in chants of “What Do We Want? Gun Safety! When Do We Want It? Now!” and “Hey, Hey, Ho, Ho, Assault Weapons Have Got to Go.” Spencer and a delegation of OFA leaders from other North County cities met with Issa staffers (Issa was not present). Though no promises were made, Spencer was optimistic after the meeting.

On April 17, just 124 days after the Sandy Hook shootings, the Senate sounded the death knell for the bill in a 54-46 decision, six votes shy of the required 60 under current filibuster law. Ironically, the families and friends of the Sandy Hook, Aurora, Tucson and Virginia Tech victims had spent a week visiting senators to lobby their support. Former Arizona congresswoman Gabrielle “Gabby” Giffords, critically injured in the Tucson shootings, was present, accompanied by husband Mark E. Kelly, former astronaut and shuttle commander. In spite of visibly strong pressure, 46 senators resisted the demands of the overwhelming majority of Americans. Fearing the loss of upcoming elections and campaign financing, these lawmakers chose to support the N.R.A., the wealthiest and most powerful gun manufacturing lobby in the country.

Individuals and groups across the country have refused to accept defeat. Sandy Hook families vow to continue to lobby Congress. The Coalition to Stop Gun Violence proposes an ad campaign targeting the senators who voted against the bill. Mayors against Illegal Guns and co-chair Michael Bloomberg released an animated short film promoting gun control legislation. Some groups are developing programs to name, grade and shame anti-gun control legislators. Mark Kelly’s advocacy group and wife Gabby Giffords are planning a major ad campaign targeting the No voters. Let’s not discount the millions of Americans who plan to call and/or write those senators and express their disappointment.

Even the White House, via OFA, threatens to wage war against the 46 No voters. Jon Carson, the group’s Executive Director, wrote: “Those senators who decided that not crossing the gun lobby was more important than making our kids and communities safer, OFA supporters will call them out and hold them accountable to their constituents.”

As for Bob Spencer and the Oceanside OFA team? “We have launched a campaign to call, email and write letters to the senators who voted on the bill last week,” Spencer says. “We will thank the Republicans who voted their conscious: John McCain (Ariz.), Susan Collins (Maine), Pat Toomey (Pa) and Mark Kirk (Ill.).” He went on to say that the team will pressure the four Democrats who voted against the gun legislation bill, including Mark Pryor (Ark.), Max Baucus (Mont.), Heidi Heitkamp (N.D.), and Mark Begich (Alaska). Sen. Baucus has announced he will not run for re-election in 2014. Regarding Kelly Ayotte (NH), Spencer noted that “she is the only senator in the vicinity of Sandy Hook Elementary and she voted against the bill!” Sen. Ayotte will definitely hear from Bob and his team. To attract greater public support, the group’s petition for Cong. Issa is now online at SignOn.org.

The fight goes on!