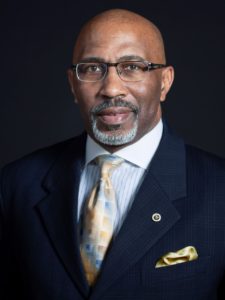 Gerald Hampton, a longtime member of the Oceanside community, was honored for exemplifying the philosophy and ideals of the late civil rights leader through volunteerism and community activism. Hampton’s volunteer roles include serving in homeless shelters, holiday food drives, toys for tots, facilitating financial literacy, and job preparation skills for the youth.

Hampton, who retired from the U.S. Marine Corps, has been a long-standing member of the North County chapter of NAACP, and served in key positions in the Oceanside branch, including as a board member.

The Community Service award is an annual award given to a resident of the City of Oceanside or Marine Corps Base Camp Pendleton who exemplifies the ideals and teachings of Dr. King, and who has served the community in volunteer activities over a long period of time.