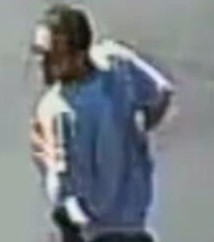 OCEANSIDE–Oceanside police released a video surveillance image of a man who allegedly exposed himself in front of an 8 year-old girl in Oceanside.

The incident occurred on May 10 around 4 p.m. in the 100 block of Avenida Descanso.

The girl was in the parking lot of her apartment complex when she was approached by a white male adult. The man asked the girl if she had seen a dog. She said she had not and the man exposed his genitals to her. The girl ran to her apartment and told her mother about the incident. The man was seen entering a black pickup truck and driving away.

The man is described as in his thirties, tall and skinny with glasses and a beard. Anyone with information about the incident is asked to call Oceanside Police Detective Stracke at (760) 435-4703.