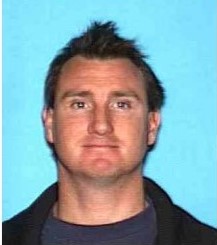 OCEANSIDE–Detectives are continuing to pursue leads and attempting to identify the suspect(s) who murdered a 35 year-old Oceanside man. There is limited suspect information and Oceanside homicide detectives are hoping that any potential witnesses will come forward.

On March 22, at approximately 10:05 p.m. Oceanside police officers responded to a report of a shooting in the 400 block of South Freeman Street. Officers arrived on scene and found the victim, Brandon Keiser lying on the sidewalk in front of 410 S. Freeman Street. Keiser was suffering from at least one gunshot wound and was pronounced dead on scene by paramedics.

Detectives spoke to witnesses who reported hearing an argument followed by gunshots. They believe Keiser and the suspect knew each other and do not believe it was a random act.

San Diego County Crime Stoppers is offering a $1,000 reward for information that leads to an arrest in this case.

Anyone with information on the identity and or location of the person(s) responsible for this murder is asked to call the Oceanside Police Department’s Crimes of Violence Unit at (760) 435-4872 or the Crime Stoppers anonymous tip line at (888) 580-8477.  Anonymous email and text messages can be sent in via www.sdcrimestoppers.org.