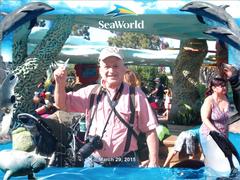 OCEANSIDE–Detectives continue their search for a missing 76 year-old Oceanside man who left his home last month and never returned. Oceanside police has confirmed that the man’s last known whereabouts were around Rosamond, Ca on July 23.

On July 22, at approximately 10 a.m., Nickolas Christidis returned home with his daughter. His daughter took a nap and when she awoke around 4 p.m. she found a note from Christidis stating he would be home late.

Christidis is described as a white male adult. He is of Greek descent and his date of birth is February 2, 1939.  He is five feet, seven inches tall, 175 pounds with gray hair, and brown eyes. He was last seen on July 22 at 10 a.m. in Oceanside near College and State Route 78. He is driving a 2015 Honda Civic which is black and has a California plate of 7JYR793.

There has been no contact with Christidis. His phone goes directly to voicemail. His cell phone was last used in the area between Palmdale and Lancaster.

His family says this is usual behavior for him. Foul play is not suspected at this time, according to Oceanside police.

Anyone with information regarding Nickolaos Christidis should call Detective Williams at (760)435-4771, or Oceanside Police Department at (760)435-4911.