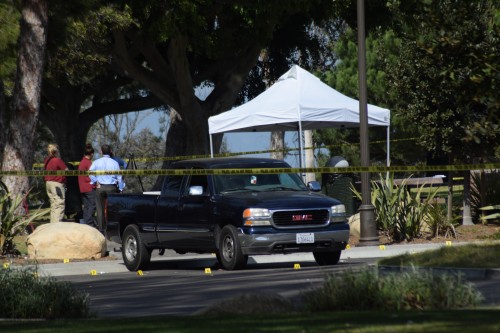 An Oceanside man was arrested Friday for the alleged murder of Mustafa Gordon, who was found dead on February 16 at Buddy Todd Park in Oceanside. Archive photo: Gina Yarbrough/San Diego County News

Officers arrested and charged David Ioane with conspiracy to commit murder. He was transported to the Oceanside Police Department and then to the Vista Detention Facility. Investigators are still seeking other persons of interest in the ongoing investigation.

Investigators used multiple search warrants at locations in Oceanside this morning. The warrants were served attempting to locate evidence from the Gordon homicide, which occurred February 16, 2015 at the park. Agencies participating in the search warrants were the Federal Bureau of Investigation, the Drug Enforcement Administration, S.W.A.T. from the Carlsbad Police Department, S.W.A.T. and Special Enforcement Services from the Oceanside Police Department.