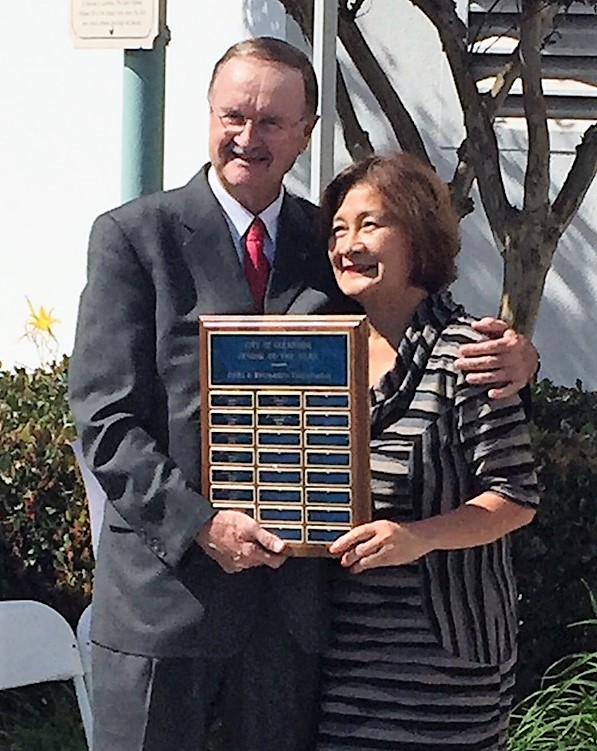 OCEANSIDE–The City’s Parks and Recreation Commission and the Senior Standing Committee announced the winner of the Senior of the Year Award in Oceanside at Wednesday’s Senior Expo.

The Senior of the Year was awarded to Oceanside resident Sylvia Spiva. She received a Proclamation from Mayor Jim Wood, and a plaque that will hang at the Country Club Senior Center. She also received gifts including a $75 gift certificate to Dominic’s Restaurant at the Oceanside Harbor. Mayor Wood proclaimed October 13 as Sylvia Spiva Day in Oceanside.

Spiva has been involved in many organizations in Oceanside, including the Elks Club, Mainstreet Oceanside, and Visit Oceanside. She was instrumental in raising funds for the Oceanside Police Department K-9 program (bullet-proof vests for police dogs).