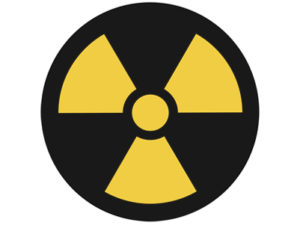 HAKS Material Testing Group, of Bridgeport, Conn., reported that the device was stolen early on Tuesday from a technician’s vehicle while it was parked in Bridgeport. The vehicle’s trunk was broken into, chains securing the gauge in place were cut and it was removed.

The device contains small amounts of cesium-137 and americium-241. The gauge is used to make measurements by projecting the radiation from the two radioactive sources into the ground and then displaying the reflected radiation on a dial on its top.

The gauge, which is stored in a robust transportation case, consists of a shielding container with a plunger-type handle protruding from the top. The handle is used to extend and then retract the radioactive sources from the shielded position. When not in use, the handle is normally locked, with the sources in the retracted, safely shielded position. The rectangular base of the gauge is yellow.

As long as the sources are in the shielded position, the gauge would present no hazard to the public. However, any attempt to tamper with the radioactive sources in the device could subject the person to radiation exposure. Handling of the unshielded sources outside their container would carry a risk of potentially dangerous radiation exposure.

A Nuclear Regulatory Commission inspector will be sent to the company’s offices to gather more information on the loss of the gauge.

Law-enforcement authorities are investigating the theft. The Connecticut Department of Energy and Environmental Protection (DEEP) has been notified about the loss of the gauge.