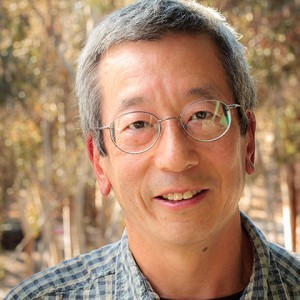 LA JOLLA–For Nobel laureate Roger Tsien, the drive to help find a cure for cancer stems from personal experience. His father battled prostate cancer and ultimately lost his life to pancreatic cancer. As a professor of pharmacology, chemistry and biochemistry at UC San Diego and a Howard Hughes Medical Institute investigator, he has worked to develop a novel way to image and possibly even deliver specially targeted drugs to cancer tumors.

“My motivation to help develop new, more effective cancer treatments comes from my knowledge of the limitations of current therapies,” said Tsien, who shared the Nobel Prize in Chemistry in 2008. “I’ve also always wanted to do something clinically relevant in my career, if possible, and cancer is the ultimate challenge.”

Now, he will have a new honor to add to his resume. Tsien has been named the 2012 recipient of the Rell Sunn Award, which will be presented during the 19th Annual Luau & Longboard Invitational Sunday, August 19. Since its founding nearly two decades ago, the surf-themed fundraiser has raised more than $5 million to fund groundbreaking cancer research at UC San Diego Moores Cancer Center.

The presentation of the Rell Sunn “Queen of Makaha” Award is a highlight of the annual event. The award was established in memory of Rell Sunn, a Hawaiian surfer and longtime Luau & Longboard Invitational supporter who lost her battle with breast cancer. Each year, the event volunteer committee selects an honoree they feel has displayed a strong will, unselfishness and compassion in the battle against cancer.

“Dr. Tsien’s work is an important element in the battle against cancer,” said Kylor Schlaht, 2012 event co-chair. “In addition to what he does in his lab, biomedical researchers worldwide utilize the multicolored fluorescent proteins he helped develop, and for which he won the Nobel Prize, to track the inner workings of cells and help shed light on how cells function.”

Surf legends show off their boards at the 2011 Luau & Longboard Invitational.

Tsien will receive the award during the Luau portion of the event, which begins at approximately 11:30 a.m. and goes until 3 p.m. The Longboard Invitational kicks off at 7 a.m. on the beach near the Scripps Pier in La Jolla. Teams of four will be paired with a longboard surf legend to compete in the surfing contest. The competition will be followed by the luau with live music from the Professors, Polynesian dancers, and live and silent auctions featuring one-of-a-kind surfboards, memorabilia and trips.

“The Luau and Longboard Invitational is an exceptional event which illustrates, year after year, the incredible support from the local community and businesses for our research,” said Scott Lippman, MD, director of UC San Diego Moores Cancer Center. “Generous donations to the event support our mission to translate promising scientific discoveries into new and better options for the care of our patients. With each day, we move one step closer to finding cures for cancer.”

For the fifth year in a row, Pfizer is the title sponsor of the unique fundraiser. As part of its sponsorship, the biopharmaceutical company will support its own team of surfing scientists, as well as the Thrivers Team, which is made up of surfers who have successfully fought cancer.

“We are proud to support and participate in the Luau and Longboard Invitational again this year,” said Robert Abraham, senior vice president and chief scientific officer of the Oncology Research Unit at Pfizer Inc. “This event helps raise awareness of the innovative research into the causes and treatments for cancer conducted by researchers at facilities like UC San Diego Moores Cancer Center and Pfizer.”

The surfing competition is free for viewing; a ticket to the luau fundraiser is $150. For more information about sponsorship opportunities, team entries, tickets and event activities, call (858) 246-1230, or visit the event website at www.longboardluau.org. More information on the UC San Diego Moores Cancer Center can be found at www.cancer.ucsd.edu.