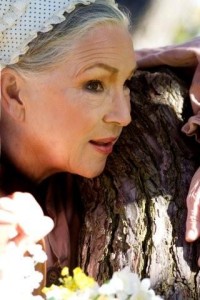 Stephen Sondheim and James Lapine’s Into The Woods is one of the most cherished musicals of our generation, and the production will be led by one of the hottest directors in San Diego, James Vasquez. New Village Arts Ensemble members Sandra Ellis-Troy and Manny Fernandes, Actors Equity Members Randall Dodge and Steve Gunderson and internationally known cabaret star Devlin (as The Witch) lead a cast of 18 through this musical journey into the land of fairy tales. With musical direction by Elan McMahan and Charlie Reuter, and a three person orchestra, this intimate experience will be unlike any production of Into The Woods experienced before.

The production will be playing at New Village Arts Theatre, 2787 State Street, Carlsbad Village from September 22 – October 31. The official opening night is September 25 at 8 p.m.

Once Upon a Time…a baker and his wife embark on a quest into the woods, to fulfill the witch next door’s request and life a curse that has kept them from having a child. Along the way, they meet Little Red Riding Hood, Jack (and his beanstalk), Cinderella, two handsome princes and a motley assortment of other characters, all on quests of their own. Stephen Sondheim’s enormously popular musical answers the question of what really happens after “Happily Ever After” and includes some of the most beautiful songs in the musical theatre canon, including “Giants in the Sky”, “Children Will Listen” and “No One Is Alone.”

Stephen Sondheim, who just celebrated his 70th birthday, is considered one of the most important musical theatre artists of all time. His shows include Sweeney Todd Sunday in the Park with George, Company, A Funny Thing Happened on the Way to the Forum, Follies and many more.

The cast includes NVA Ensemble Members Sandra Ellis-Troy and Manny Fernandes with Actors Equity Members Randall Dodge and Steve Gunderson, New York cabaret sensation Devlin as The Witch, and a full cast of 18 bringing the world of Into The Woods to life.

The theatre is located in the heart of Carlsbad Village, at 2787 State Street. Tickets can be purchased by visiting www.NewVillageArts.org, or call (760) 433-3245.