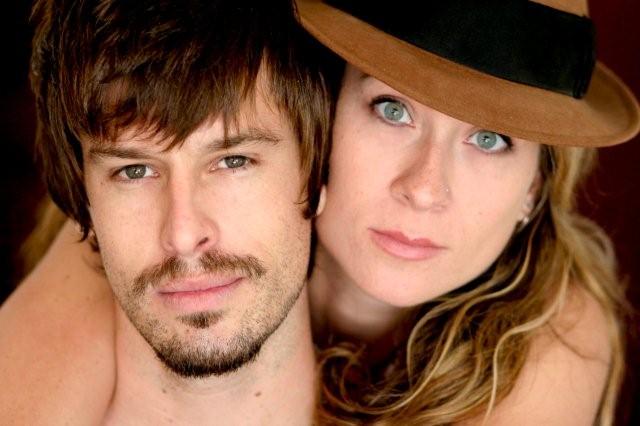 Justin Lang as Orlando and Karson St. John as Rosalind in “As You Like It.” Photo: Daren Scott

VISTA–New Village Arts Theatre and Moonlight Cultural Foundation are teaming up to bring Shakespeare in the Park back to North County San Diego.

Shakespeare’s romantic comedy “As You Like It” will be set in 1969 New Orleans, with the Forest of Arden located in the bayou outside of the city. The play is directed by University of San Diego professor Liz Shipman and features the award-winning Karson St. John as Rosalind, Justin Lang as Orlando and Grandison M. Phelps III as both Duke Frederick and Duke Senior. The multi-cultural cast of 17 will bring the sights, sounds and seduction of 1969 New Orleans to life on the stage of the newly refurbished Moonlight Amphitheatre in Vista, in a fun-loving romp suitable for all audiences.

What if, moments after meeting the love of your life, you were banished from your home? That’s what happens to Shakespeare’s greatest heroine, Rosalind, in “As You Like It.” Her journey and the fates of those around her are captured in this magical, comedic romp in the Forest of Arden.

The multi-cultural cast includes Karson St. John as Rosalind, Justin Lang as Orlando and Grandison M. Phelps III as both Duke Frederick and Duke Senior. Karson St. John is considered one of San Diego’s most talented actresses, winning both the San Diego Theatre Critics Circle Award and Patte Award for Best Lead Performance for her work in Diversionary Theatre’s “The Little Dog Laughed” in 2009. She brings an impressive resume and experience as a dancer and singer to her work as Rosalind. Justin Lang recently received rave reviews for his performance in Moxie Theatre’s “Eurydice and Grandison M. Phelps III” has received honors for his work in the Cygnet Theatre Company productions of “ The Piano Lesson” and “Fences.” The cast of 17 also includes Brian Abraham as Jaques, Eddie Yaroch as Touchstone, Summer Spiro as Celia and Michael Ahmad, Calandra Crane, Richard Johnson, Pat Larmer, David Macy-Beckwith, Ron Marchand, Kyle Nitchy, Daniel Novoa, Eli Taupau, Dan Windham and Samuel Zetumer.

In keeping with New Village Arts’ seven-year tradition of offering free Shakespeare in the Park and a commitment to community outreach, thousands of free tickets will be donated to students in and throughout San Diego County. New Village Arts, with generous support from the Moonlight Cultural Foundation and our sponsors, has made the Education and Outreach program: “Shakespeare at School and On Stage” possible.

The program will consist of a pre-show visit at participating schools with two lead actors from “As You Like It” and NVA’s education intern, Ramona Brooks. Ramona is a UCSD Theatre student who has worked with NVA for a little over a year. In her words: ”Seeing a professionally mounted Shakespeare production, especially if you’ve never seen a play or never seen one at a professional playhouse, can be a magical experience for a student (I speak from personal knowledge), but most young people just can’t afford it. When you offer free tickets and supply supplemental enriching information about the production and about playmaking, seeing a play becomes an accessible, enjoyable, and fascinating event, which is exactly what we want to provide to the young people of our community.”

New Village Arts and Moonlight Cultural Foundation will be providing free tickets and the pre-show visit at no cost to participating schools, give free tickets to students at schools who do not get a pre-show visit, and will offer an education packet available on our website for instructors and students to access. Making great theatre available and accessible to everyone in our community is and has been one of our priorities since the inception of New Village Arts and the Moonlight Cultural Foundation shares that passion. It is in that spirit that we will also be providing free tickets to active duty military and their families.