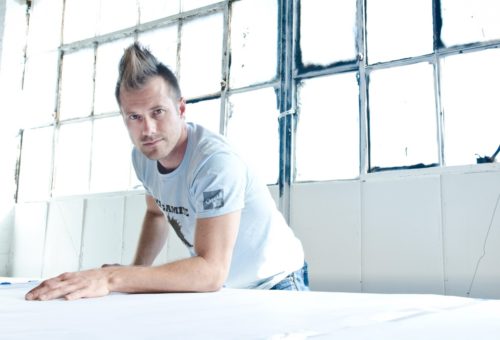 “This is such a special year for the Museum,” said Judy Forrester, CEO and executive director. “We’re celebrating the rich history this Museum has in San Diego – from its early days in La Jolla to the past 10 years in this building downtown.  We’ve touched the lives of so many children and families, and we look forward to what the next 10 years will bring.”

To kick off the milestone year, the Museum is welcoming back Jason Hackenwerth as an artist in residency in the Museum’s Innovators LAB from January 7 to 15. During his eight-day residency, Hackenwerth will construct a giant latex balloon sculpture entitled Crystal Cortex that will span up to 50 feet from the bottom to the top that will be on display for three months. Hackenwerth will lead hands-on workshops for member families to introduce his practice.   Museum visitors will be able to watch the balloon sculpture being built and slowly raised to hang in the atrium at the Museum’s entrance.

Hackenwerth, famous for his larger than life balloon designs resembling animals, insects and other worldly creatures, received his MFA from Savannah College of Art and Design and his Bachelor of Fine Art from Webster University, St. Louis. His extraordinary work has been exhibited in dozens of museums around the world including the Solomon R. Guggenheim New York, The Victoria and Albert Museum London, and the National Museums Scotland.  Hackenwerth’s prior work for The New Children’s Museum was for the 2009 Animal Art exhibition and included four sculptures:  Gilgamesh, Agartha, Venus and Quetzalcoatl (pictures attached).

“We can’t think of a better way begin our anniversary year than with one of the memorable artists from our past,” said Tomoko Kuta. “Jason’s colorful balloon structures are fascinating, and a great example of how to make contemporary art accessible and engaging.”

According to Hackenwerth, Crystal Cortex, like the chrysalis which shrouds a transforming larva, is a symbol of metamorphosis. Its long translucent cloak is a reminder of our subtle nature and the rich fiery glow in the top is a reflection of our brilliant intelligence. Crystal Cortex will begin on the floor and grow to create a large upper voluminous form that will descend and open into a cascading semicircular shroud-like wing that spans up to 50 feet from the bottom to the top.

The Museum is planning some additional surprises this year.  Look for new installations by Brian Dick who created No rules except… (fondly called the “Mattress Room” by visitors) launching during the Museum’s birthday month (May). For a further nod to the past, the Museum is bringing back a vintage 1950s Dodge pickup truck, which will be parked on their Paint and Clay Patio to serve as a canvas for children to express themselves through paint.

Since reopening in 2008 in its Rob Quigley-designed building downtown, the Museum has welcomed over 1,500,000 people and grown in importance in the region.  Over the past 10 years, the Museum has collaborated with over 100 artists from all over the world to create installations and programs for children of all ages, providing accessible and meaningful art experiences.  Museum visitors are empowered to think, play and create through interactive installations, engaging art-making activities, participatory studios, in depth classes and educational opportunities.

A complete schedule of Anniversary events, installations and activities will be released in early 2018.