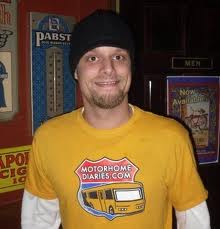 Adam “Ademo” Mueller, journalist and co-host of nationally syndicated radio talk show Free Talk Live was charged on July 24 at Manchester Superior Court. The charges are a result of a vlog Mueller posted on CopBlock.org about an incident involving alleged police misconduct, which featured recorded interviews of on-duty public officials.

Mueller’s report focused on video recorded by a student’s cell phone at Manchester’s West High School, which depicted Officer Darren Murphy slamming a 17-year-old boy into a cafeteria table in October of 2011. Although public officials told the student to delete the video, it ended up in Adam Mueller’s hands instead.

The case states that after viewing the footage, Muller called the Manchester Police Department and West High School seeking comment. Muller recorded his interviews with the on-duty public officials, and then included them in a video report on CopBlock.org that publicized the allegedly excessive use of police force at the high school. The story went viral. Several months later, the indictments came: three felony counts of wiretapping.

“A public official who is on duty and in a public space has no expectation of privacy, the First Circuit Court of Appeals has already ruled on this in Glik vs. Cunniffe,” said Ian Freeman, Free Talk Live co-host. “The person who should face consequences is the officer who threw that poor kid into a table during lunch at the school cafeteria, not the journalist who reported about it.”

According to New Hampshire state statues, in order to be guilty of wiretapping another party must have a reasonable expectation that their communications are not subject to interception.

Court records indicate that jury selection for Mueller’s trial is scheduled for August 6 at Manchester Superior Court. Supporters are anxiously awaiting the trial, which will be one of the first examples of an activist being tried by a fully informed jury in New Hampshire.

The state recently passed a new jury nullification law that requires judges to allow defense attorneys to inform jurors of their right to vote their conscience and nullify bad laws via “not guilty” verdicts.

“’Free Ademo’ protests are already being planned, and the media will definitely be invited,” Freeman said. “Hundreds of people have called, emailed and shown their support via social media. The video’s gone viral. Jury nullification is a real possibility, and we have an extraordinary opportunity here to send a message to the police that the people of New Hampshire will stand up for their rights.”

Free Talk Live is a nationally syndicated talk radio show that is broadcast by 109 affiliate stations, including XM, TuneIn and Stitcher Radio. The show is broadcast live 365 days a year from 7 to 10 p.m., and averages more than 250,000 podcast downloads each month in addition to its radio listenership