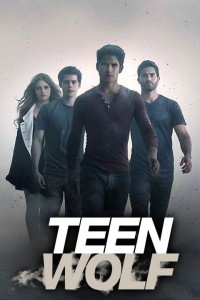 SAN DIEGO–MTV announced at San Diego Comic-Con that hit drama series “Teen Wolf” will return for a sixth season. During the panel moderated by Kevin Smith, fans got a first-look at the shocking mid-season trailer.

MTV is also making a splash on the convention center floor this year with the network’s first-ever branded booth featuring top series “Teen Wolf,” “Scream” and “The Shannara Chronicles.” Fans can participate in an interactive photo booth and will be treated to their favorite stars from all three series when they stop by for signings throughout the weekend. Swag will be handed out all weekend including “Teen Wolf” Alpha eyes contacts, “Scream” t-shirts and a special San Diego Comic-Con exclusive edition of “The Elfstones of Shannara” book (on which the series is based) plus posters for all three series, and more.

In the next all-new episode of “Teen Wolf” airing July 13.