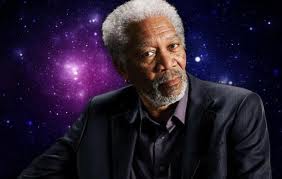 BEVERLY HILLS–Science today has given the greenlight of an all-new season of “Through The Wormhole With Morgan Freeman,” hosted by the iconic Academy-Award® Winning Actor. The upcoming ten-episode season – the fourth for the franchise – will debut on Science in summer 2013.

“Through The Wormhole With Morgan Freeman” will continue to be produced by Revelations Entertainment with Morgan Freeman, Lori McCreary and James Younger serving as executive producers. The network’s agreement with Revelations Entertainment is a multi-year agreement highlighted by the start of production of season four, as well as the development of a new original project.

A cornerstone franchise for Science, the series is currently in its third season, posing questions spanning space, science, consciousness, and the endless universe of the unknown. “Through The Wormhole With Morgan Freeman” is nominated for a 2012 News and Documentary Emmy Award for Outstanding Science and Technology Programming.

“This project has become my own personal playground to explore mysteries ranging from the edges of the universe to the innervese of the mind,” said Freeman. “Through The Wormhole encourages us to take a closer look at questions that have boggled humanity since our creation. We’ve asked some huge questions in the past, but you haven’t seen anything yet – we’re just getting started.”

“Morgan Freeman has become a signature face of Science and we are beyond thrilled to continue our relationship with both him and Revelations,” said Debbie Adler Myers, General Manager and Executive Vice President of Science. ““Through The Wormhole With Morgan Freeman” has become the definitive destination for exploring mind-blowing questions on television. It epitomizes the smart, lean-forward entertainment that is found on Science.”

The series’ fourth season promises to be its most provocative yet, delivering the best scientific experts, cutting-edge research, and spectacular visual effects to guide a singular voyage into the depths of the human mind.