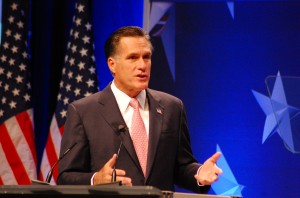 NEW YORK–(PRNewswire)– As voters in Florida get ready to name the next victor in the first batch of Republican primaries and caucuses, nationally, Mitt Romney is ahead of Newt Gingrich.

These are some of the results of The Harris Poll of 2,099 adults surveyed online between January 25 and 27, 2012 by Harris Interactive.

So far there have been three contests and so far there have been three different winners, so Florida has the potential to be a real game changer for the Republican primary contest. If Republicans are looking ahead long term to the November contest, then Mitt Romney or Ron Paul should do well as they make it the closest contest against the President. But, Newt Gingrich’s big win in South Carolina could give him the momentum to do well in Florida and make it two in a row. As February begins on Wednesday, a new primary race will also most likely be beginning.

This Harris Poll was conducted online within the United States between January 25 and 27, 2012 among 2,099 adults (aged 18 and over). Figures for age, sex, race/ethnicity, education, region and household income were weighted where necessary to bring them into line with their actual proportions in the population. Propensity score weighting was also used to adjust for respondents’ propensity to be online.

All sample surveys and polls, whether or not they use probability sampling, are subject to multiple sources of error which are most often not possible to quantify or estimate, including sampling error, coverage error, error associated with nonresponse, error associated with question wording and response options, and post-survey weighting and adjustments. Therefore, Harris Interactive avoids the words “margin of error” as they are misleading. All that can be calculated are different possible sampling errors with different probabilities for pure, unweighted, random samples with 100% response rates. These are only theoretical because no published polls come close to this ideal.

Respondents for this survey were selected from among those who have agreed to participate in Harris Interactive surveys. The data have been weighted to reflect the composition of the adult population. Because the sample is based on those who agreed to participate in the Harris Interactive panel, no estimates of theoretical sampling error can be calculated.