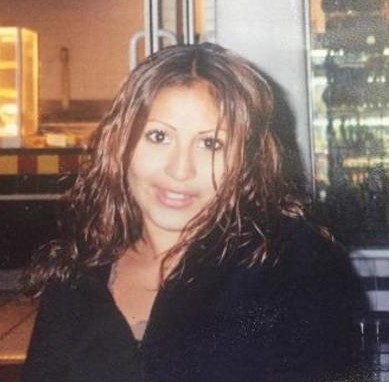 Gonzales disappeared on April 5, 2002 and has not been seen since. She would have been 29-years-old today, according to authorities.

Detectives have been investigating the disappearance as a homicide and recently developed investigative leads that provide new potential that she will be found and her killer(s) identified and arrested. Detectives have long believed that her body could be buried in the Otay River Bottom (Otay Valley Regional Park). As a result of these new investigative leads, Chula Vista police have partnered with the San Diego FBI in this important case. The FBI is providing additional expertise and resources that add new hope to finding the teen and bringing her home to her family.

Ten detectives Thursday, along with investigators from the FBI and San Diego County District Attorney’s Office, passed out flyers in the community seeking to inspire someone who knows something to come forward. Chula Vista Public Works Personnel will also be clearing brush in the Otay River Valley to allow Chula Vista and FBI’s specialized Evidence Response Team access to areas that contain potential evidence of Gonzales’ murder.

The Chula Vista Police Foundation is also offering an additional $1,000 reward for information leading to the arrest and conviction of her murderer.