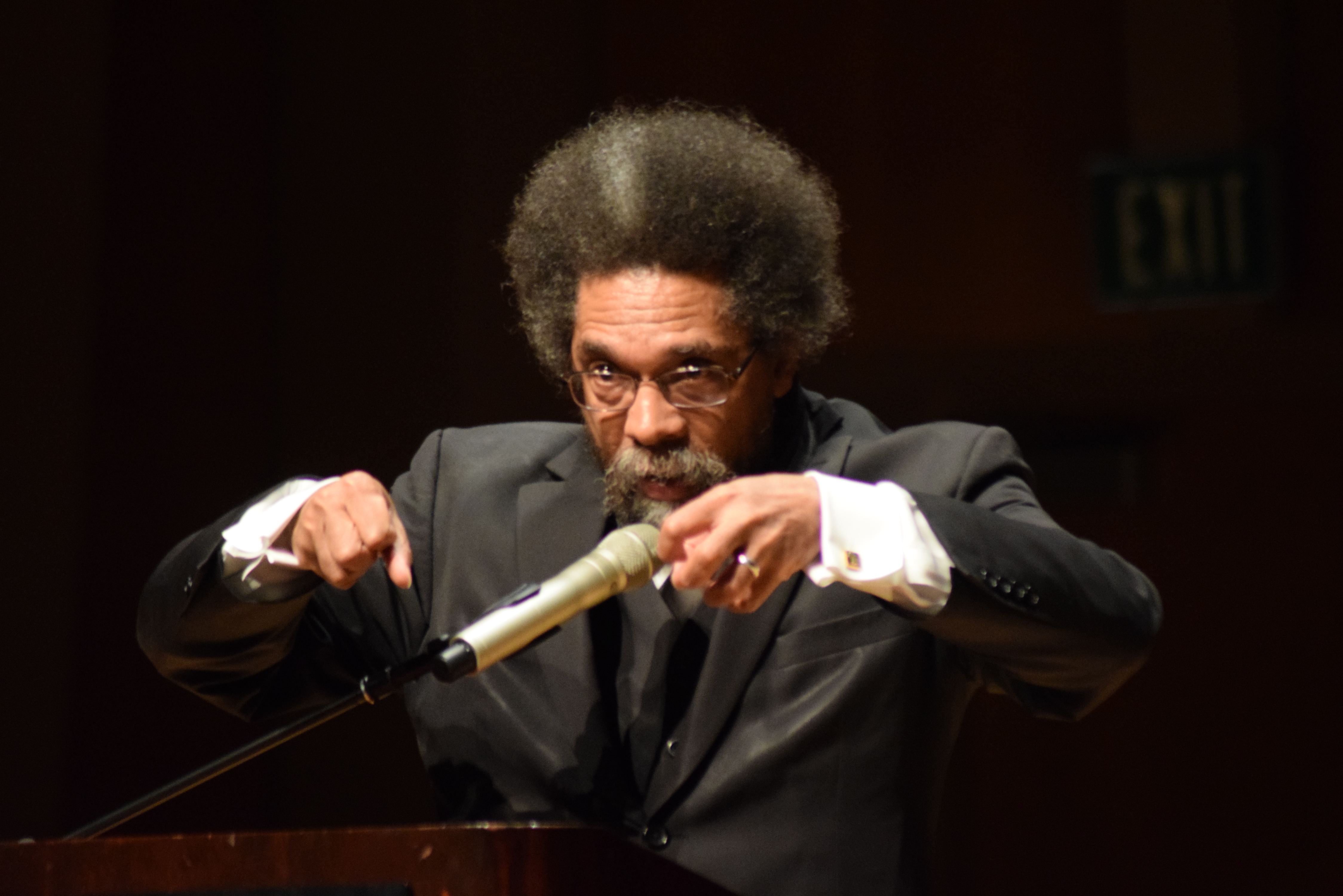 OCEANSIDE – Famed scholar, author and activist, Dr. Cornel West, returned to MiraCosta College on March 10 approximately 22 years after his last appearance at the school and delivered a compelling lecture on the importance of promoting diversity on college campuses.

In 1994, Dr. West spoke to more than 800 students, faculty, staff, and community members. His visit helped launch the college’s early diversity efforts as a college. Two decades later, Dr. West is back to help the college continue to cultivate a dialogue about racial, gender and class divisions.

Dr. West, a graduate of Princeton University, and a professor of Philosophy and Christian Practice at Union Theological Seminary and Professor Emeritus at Princeton University, is a well-known television commentator who advocates for the poor and disenfranchised, spoke to an audience of students, alumni, faculty and educators, on the occasion of Mira Costa College’s two-day celebration of Unity Day, the culmination of Equity X, a celebration of Student Equity in community colleges in San Diego County. The event brought students, faculty, administrators, and the community together to examine the triumphs and challenges colleges and society face as people work toward equity for all.

One student asked West on his thoughts on this year’s presidential elections, and the Republican front-runner, Donald Trump. West described Trump as “pre-packaged and a Frankenstein of the media.” He added that the only reason Trump gets more airtime on television than the rest of the presidential candidates is due to the fact that he draws high ratings, and those ratings equal more money for the television networks.

“He is very entertaining,” said Dr. West about Donald Trump. Dr. West, who is a strong supporter of Democratic presidential candidate Bernie Sanders, went on to say that “…on the Democratic side you have a serious conversation about campus and racial equity in the Bernie Sanders candidacy.”

Dr. West talked about the gap between the haves and have nots.

“Rich kids get taught. Poor kids get tested,” Dr. West said. He added that many low-income cities suffer from “economy abandonment.” “We call it the hood,” Dr. West said bluntly. He cited statistics that shows 51% of people incarcerated in the nation’s “prisons industrial complex were due to drug use.”

While there are good and bad teachers in the classrooms, Dr. West said “there is a percentage of educators who stand up for quality education and the center of our focus is and should always be a quality education.”

A student asked Dr. West if he would consider running for president.

“I’ve been running for 45 years for justice. It’s hard to run for justice and president at the same time,” Dr. West stated. “I love to support politicians from the outside.”

With the passing of the 2012 Student Success Law, MiraCosta College has worked to expand student success efforts with a focus on student equity, particularly for those populations identified as at-risk.  This process entails a close look at data that identifies student populations that are disproportionately impacted at MiraCosta College across what the Board of Governors policy on student equity has defined as key success indicators: access, course completion, ESL and basic skills completion, degree and certificate completion, and transfer. The target populations include the following subgroups:  ethnicity, gender, age, disability status, economically disadvantaged, veterans, and foster youth.

MiraCosta College submitted the 2014-2017 Student Equity Plan that outlines goals and activities the college identified to meet areas of gap for target populations across success indicators. The document serves as a resource of work currently underway at the college in the area of student equity connected to campus-wide efforts towards student success.