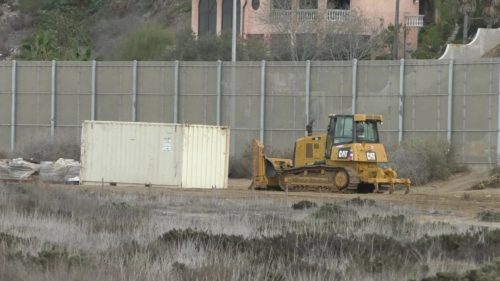 SAN DIEGO–Members of a migrant caravan currently in Mexico clashed with residents in Tijuana on Thursday night, November 15, after residents demanded that the migrants leave public spaces and report to shelters.

USA Today reports that Tijuana police were forced to separate groups of migrants and local residents, who were marching through city streets demanding police action, according to the newspaper.

At least 750 migrants from a thousands-strong caravan of Central American migrants bound for a U.S. port of entry are currently in Tijuana as groups of families from the caravan break off over issues of security and qualms about the caravan’s slow pace through Mexico.

Local officials called on migrants to obey local laws and regulations, adding that they could only provide assistance to the caravan if members followed guidelines.

“The message to the migrant population is very clear,” Francisco Rueda Gómez, secretary of government of Baja California, said in a statement according to USA Today. “We are providing them with humanitarian support, health care and food, however the need to take into consideration the rules of the shelters so they can coexist in harmony with the local population.”

At least three journalists were injured in fistfights and other violence after midnight, according to the newspaper, which occurred after residents gathered to demand the migrants vacate a public beach.

Some members of the caravan likened local shelters to prisons, explaining that it was more comfortable for them to avoid the shelters entirely.

“For this reason — because this is oppression — we prefer to be in the streets, in the cold, rather than in a jail,” immigrant activist Irineo Mujica, who is working with the caravan, told the newspaper.