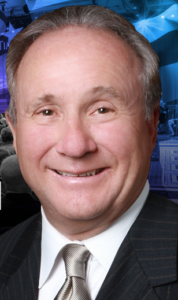 WASHINGTON–Political commentator and author, Michael Reagan will be the keynote speaker of the American Conservative Union’s Ronald Reagan Dinner at CPAC this month.

Reagan spoke at CPAC thirteen times and started his national political career at the event, according to CPAC organizers.

“We have honored him at the Ronald Reagan banquet for forty-two years and we are especially honored to have a Reagan back at CPAC.” said ACU Chairman Matt Schlapp. “Michael Reagan has spent his life dedicated to honoring his father’s vision of America through his essential work with the Reagan Legacy Foundation and we believe there are few who can match Michael’s ability to articulate how that vision can positively affect the lives of Americans in the 21st Century and beyond,” said Schlapp.

Reagan, the eldest child of the late former President Ronald Reagan, is the New York Times bestselling author of On the Outside Looking In, Lessons My Father Taught Me: The Strength, Integrity, and Faith of Ronald Reagan, and his newest book entitled, The New Reagan Revolution. He has had a storied career on the radio and as the president of the Reagan Legacy Foundation.

The Ronald Reagan Dinner, sponsored by the Heritage Foundation, and CPAC will be held at the Gaylord National Resort and Convention Center at the National Harbor in Maryland, February 22 through the 25.