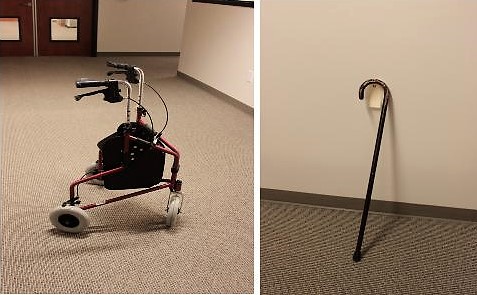 The Medical Examiner’s office has released images of a red three-wheeled walker and a wooden cane left behind by the victim of the train collision.

SAN DIEGO–The San Diego County Medical Examiner’s Office is seeking the public’s help in identifying an elderly man who was struck by an Amtrak train last Tuesday night in Oceanside.

A red three-wheeled walker and a wooden cane were found nearby and are believed to belong to the man.

The man was struck at approximately 7 p.m. at the intersection of Broadway and Cassidy streets and died at the scene, the Medical Examiner’s Office said.

Despite extensive efforts, investigators have not been able to identify the man and are asking for the public’s help in case they may recognize his walker, cane or his description.

The Medical Examiner describes him as white, between the ages of 65 and 85-years- old, approximately 5 feet 9 inches tall, and 210 pounds. He had short gray hair, hazel eyes and was clean-shaven with no distinctive tattoos, marks or scars.