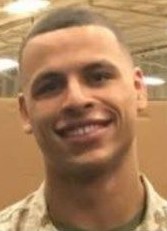 LEMON GROVE–The San Diego County Medical Examiner’s Office has completed an autopsy of a man who was found shot sitting in a parked vehicle September 7 in Lemon Grove.

The victim’s death has been ruled a homicide, according to the Medical Examiner’s Office. The victim has been identified as 21-year-old Christopher Truax, Jr., from Horseheads, New York, but was an active duty United States Marine Corps sergeant, stationed at Marine Corps Air Station, Miramar.

Just after midnight Saturday, Lemon Grove sheriff’s deputies saw a man and woman inside a vehicle parked in middle of the street, in the 7400 block of Pacific Avenue, in  Lemon Grove.

When the deputies investigated, they found the man bleeding from what a witness described as a gunshot wound. Deputies called for Lemon Grove Fire Department personnel to assist and began providing first aid. The man was seriously injured and soon stopped breathing.

Deputies performed CPR until relieved by fire department personnel. Despite lifesaving efforts, the man was pronounced deceased at about 12:39 a.m.

He was a food service specialist assigned to MWSS-373. He joined the Marine Corps in July 2014.

The cause of his death is currently under investigation by the Naval Criminal Investigative Service and the San Diego Police Department.

“We join Sergeant Christopher Truax’s family in mourning the loss of a loved one.” Said Lt. Col. James Bauch, commanding officer MWSS 373. “He was a valued Brother-in-Arms to all who served with him and will be missed.  We wish them comfort as they navigate the difficult days ahead.”