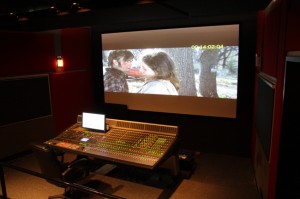 OCEANSIDE–California knows the importance of continuing to cultivate the entertainment, music and film industry as competition arises from other regions. Each project has an economic impact on job creation, wages, and spending. According to the California Employment and Development Department, jobs in the arts and entertainment industry in San Diego county is expected to increase almost 10% between 2008 and 2018.

Oceanside is doing its part as it adds Southern California’s newest multimedia production facility, MediaTech Oceanside sound and film studios, which recently opened its doors with the intent of bringing Hollywood level facilities, production and talent to the area.

The multi-studio facility is capable of handling any type of audio, video or film production and is located just a stone’s throw from the beach in beautiful Oceanside.

These all-new studios feature the latest equipment from Apple, Digidesign, Solid State Logic, JBL, and other major manufacturers. There is a huge demand for top studios for pre and post production among artists, bands, and filmmakers and top of the line studios are necessary to keep movies and TV shows here in California. The major advantage of a completely new facility like this is that each room is designed and constructed to ensure the top professional conditions for working with both audio and video productions. No more old rooms with sloppy conversions to the digital age, everything artists need is at their fingertips.

“It’s a multimedia world. More and more products and jobs are being created to deliver digital content and most of it has sound and picture. Whether it is a video link emailed to you at your place of employment detailing your health benefits, or a blockbuster Hollywood movie, a crew of professionals has to produce, shoot, sound supervise, record, edit, and distribute it. There is a consistent growing demand for the technology needed to create this content and those with the multimedia skill sets to produce it. MediaTech Oceanside offers both,” states Tracy Terrell, Vice President MediaTech Oceanside.

Entertainment industry veteran Russell Whitaker created the multimillion dollar Mediatech Oceanside with a vision to bring Hollywood to Southern California. Whitaker is a 30-year veteran in the entertainment industry. In 1980, he built the Dallas Sound Lab studios, the largest sound studio in the Southwest. He has worked with such music legends as Buddy Miles, Leon Russell, ZZ Top, Phil Collins and on films such as Baywatch, Titanic, Leave It to Beaver and Miami Vice to name only a few.

“There is really nothing in San Diego County that compares to this level of studio production. Comparable to any Hollywood based sound studio, serious musicians, music producers and filmmakers who demand high quality production facilities will appreciate not having to travel to Orange County or L.A. to access the most current in industry technology. The beautiful ocean front setting isn’t bad either, “ states Whitaker.

The Lower Trestles Studio can be used for mixing, recording a full band, or overdubbing vocals as well as DVD mixing in Surround, and video editing.

Rincon is a 14-seat theater named after the legendary surf spot on the border of Santa Barbara and Ventura. It is a versatile multi-purpose room, which can be used as a dubbing stage, Foley recording room, and music recording room. It also serves as a video control room featuring the latest NewTek TriCaster TCXD850 , a portable unit that allows total creative control and yet does the work of a truckload of old-school video gear.

There also  a 27′ x 30′ x 13′ sound stage with two-wall hard cyc and a green screen named after a famous California big wave spot.

The studios are located at 302 Oceanside Blvd. in Oceanside.