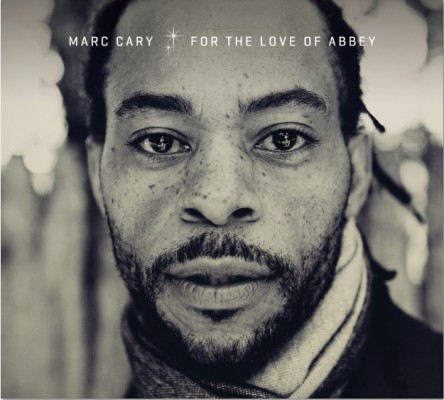 WASHINGTON – Her name was Abbey Lincoln, but when the lucid and brilliant composer, song stylist, singer and poet died in August 2010, she also answered to Aminata Moseka when the spirit moved her. She started out as Anna Marie Wooldridge, then became Gaby Lee and, for a time, Mrs. Max Roach. If all these shift in appellation suggest a life that went through many changes, that’s hardly the whole story. 46-year-old versatile and musically eccentric pianist and composer Marc Cary knew Abbey Lincoln on a personal and professional level unlike any pianist she has ever had. With the June 11, 2013 release of Marc Cary’s For The Love of Abbey CD on the Motéma Music label, Cary is effective in seizing Abbey Lincoln’s life and art in his 14 tracks repertoire of music, which celebrates the virtuoso brilliance that was and still is Abbey Lincoln.

For the Love of Abbey, Cary’s first solo piano recording, is the most personal and heartfelt of tributes, shedding light on Lincoln’s remarkable body of work and honoring her extraordinary gift for melody and extraordinary song stylist attributes. The New York native, who was raised in Washington, DC, Marc Cary, delivered a splendid and spell-binding sold-out performance of selections from the CD at his CD release show held June 5, 2013, at the legendary Bohemian Caverns located on famous U-Street in Washington, DC.

Cary’s 12-years tenure as Lincoln’s pianist was longer than that of any other pianist. And Cary was following in the footsteps of the very best: Mal Waldron, Hank Jones, Wynton Kelly and Kenny Barron, among others. “I try not to freak myself out by saying, ‘Wow, now I’m the one,'” Cary reflects. “It made me feel good but it didn’t influence me in any way, because Abbey wanted something new, something in the moment.”

Marc Cary attended the prestigious Duke Ellington School of the Arts, and upon relocating to New York in 1988, began his rise as an eclectic jazz piano modernist. In addition to Abbey Lincoln, he has worked with such masters as Betty Carter, Arthur Taylor, Dizzy Gillespie, Max Roach and Shirley Horn. He has earned GRAMMY® nominations for his work with Lincoln, Carter, Roy Hargrove and Stefon Harris’s Blackout. His talent has elevated the music of everyone from Russell Gunn and Marcus Printup to Q-Tip (Cary’s production work for Q-Tip’s 2009 album, The Renaissance, helped earn the disc a GRAMMY® nomination) Meshell Ndegeocello and Ani DiFranco. Cary debuted as a leader in 1995 with Cary On. His electronica odyssey Rhodes Ahead Vol. 1 won him the first annual Billboard/BET Best New Jazz Artist Award in 2000. With 2006’s Focus, Cary debuted on the Motéma label, and the Focus Trio has endured as one of his main working units: Focus Trio Live 2009 and the digital release Live 2008 further revealed the trio’s exploratory approach.

Ever since then, Cary has been making music everywhere, with a versatility that reminds his more enthusiastic admirers of a living and breathing Renaissance Man. In an age of specialization, he refuses to stay put in any cultural and musical pigeonhole. Cary has shown through For The Love of Abbey that he is the 21st Century version of a hi-tech Duke Ellington of music, a brilliant pianist with a touch of avant-garde, post-bop and modern pianist styles all rolled into combustion of dynamism!

Marc Cary’s Emotional Journey Creating ‘For The Love of Abbey’

After completing his first set at the Bohemian Caverns gig, Cary sat down and discussed the very private and emotional fluctuations he endured while working on Abbey Lincoln’s compositions for piano, which by the way is the first of any musician to put Abbey’s songs to instrument as a piano.

“I went through so much soul-searching and spiritual introspection in trying to narrow down how I wanted to orchestrate this CD,” Cary stated in his mild and casual voice. “Once I decided on the selections then came the process of transposing Abbey’s amazing compositions onto the keyboard, which was no easy task,” stated Cary breathing a sigh of relief. 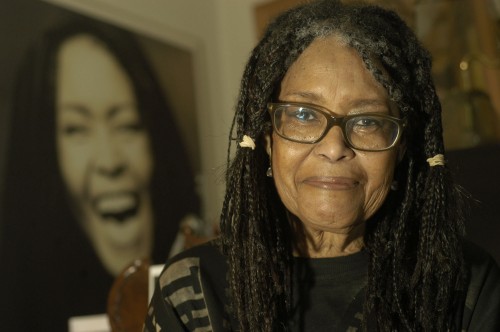 Abbey Lincoln’s style has been likened to Billie Holiday’s. It is a comparison that Lincoln, who recorded two albums of Holiday’s songs, encouraged–up to a point. She once stated: “I can’t imagine what it would have been for me if she hadn’t been there.” Like Holiday’s, Lincoln’s voice can be harsh. But she invariably finds the emotional center of a lyric, singing every syllable clearly enough to satisfy the standards of a discipline speech coach.

Listen to Cary’s piano interpretation of Abbey’s Down Here Below track, which is a virtuoso solo piano exercise. Taken at a slow strut, the Lincoln standard takes shape through rich chorded passages that practically drip with the sauce of soul. Cary walks tenths in his left hand, or plays a bouncy stride against the lagging rubato of his right hand, but his ten-fingered chorded passages swings hard on their own. The piece is an absolutely gorgeous and appropriate compliment to the jazz standard bearer signature song.

As Cary would tell it, “When it came to content, Abbey drew the line, and she would always tell me to keep the song simple and to-the-point.” Which is what she did because there came a point in Abbey’s earlier career when she decided she would no longer sing about “no-good men and how they mistreat you,” as Holiday, a legendary masochist when it came to love, so often did. Instead, Lincoln celebrates the self-reliance of a Black woman who has freed herself from the limitations of race, marriage and the opinions of other people, Black or whatever the color may have been. “I’m at odds with this society, with this culture,” she once confessed. “I’m somebody who likes to have something to say. If nobody wants to hear it, that’s O.K. with me.”

Duke Ellington’s 1954 Melancholia masterpiece, which appeared on Cary’s 1998 release The Antidote, is also included in the For The Love of Abbey CD for reasons Cary explains: “Abbey loved to hear me play this piece. It accentuates the feelings I have about her passing into the next realm.” In this particular version the stride and walking-tenths interludes stays steady as Cary adds a few Thelonious Monk-like melodic twists to a very percussive and expressive right-hand line. There is nothing subtle about this performance, yet few pianists can drench a song with the juicy flavor that Marc Cary brings to the table as he does in Melancholia.

In 1988 Abbey Lincoln got a call from French producer Jean-Philippe Allard, who signed her up for Verve Records. To Lincoln that was proof those Black artists who take themselves seriously are more appreciated overseas than in their own homeland, even by other Blacks. “I belong to a people who don’t know what they have yet and will give anything away,” Lincoln once commented to TIME magazine. “They are always reaching and grabbing for other people’s things. It’s not a condemnation but an observation.” The contract with Verve not only provided Lincoln with more financial security but also gave her freedom. “Now I know I can come up with a song and get a chance to record it,” she stated.

She needn’t worry. Her 1990 Verve release, The World Is Falling Down, Lincoln’s first recording on a major label in more than a dozen years, sold well. In 1991 You Gotta Pay the Band, with saxophonist Stan Getz, sold even better, reaching the top of the jazz charts and staying there for months. Devil’s Got Your Tongue was ranked No. 7 on Billboard’s jazz chart.

Cary’s approach to all of Lincoln’s composition is introspective and respectful. For example, Abbey’s1995 original composition from The Turtle’s Dream album titled Throw It Away, a song Abbey wrote to let us know that all is not lost when you are down and out – always look to the positive that is within you. The song reads something like this: “I think about the life — I live a figure made of clay. And think about the things I lost — The things I gave away… And when I’m in a certain mood I search the house and look one night, I found these magic words in a magic book… Throw it away. Throw it away. Give your love, live your life each and every day.” How does Cary take sensitive and penetrating words from this Lincoln classic and rearrange to piano?

Cary’s live June 5 performance of Throw It Away at Bohemian Caverns answers that question — and was an almost exact duplication of the recorded version of the Throw It Away track on the For The Love of Abbey CD. To the amazement of the audience Marc Cary pulled off an astonishing performance of Abbey’s composition. As heavy as his chorusing could be, Cary’s solo typically slimmed down to light, right-hand lines that swim through entire verses before coming up for breath – a technique executed frequently by jazz pianist Stephen Scott. Watching and listening to Marc play this treasured chestnut of a tune with an energy tempered by reflection is captivating. But when freed from his self-imposed formula of sticking to solid chords, Cary allows his left hand to map out some exciting possibilities for his solo. Truly an amazing and beautiful work of art!

No major vocalist has written more excellent songs in her sixties and seventies, and in the recent history of jazz music than Abbey Lincoln. Lincoln is the only artist who effectively made the point that the jazz singer’s repertoire is a living, breathing organism.

Marc Cary is to be commended For the Love of Abbey because he displays a joy in his playing, not to mention his knack for his arrangements of Lincoln’s materials that manages to sound both fresh and rejuvenating. And for this – Marc Cary fulfilled Abbey Lincoln’s philosophy which is to work to create music that confirms you as an artist capable of working within a somewhat dated style; and creating sounds that are personal as well as relevant to the trends of our time.