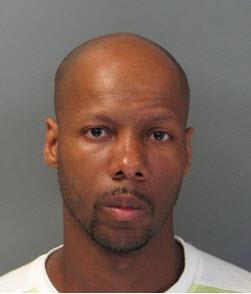 San Diego County Crime Stoppers and Investigators from the San Diego Police Department’s Western Division are seeking the public’s assistance in locating a suspect wanted for an outstanding felony warrant and a new case of terrorist threats.

Investigators said Eddie Lavelle Smith is a registered sex offender who has a no-bail felony warrant for violating his sex offender conditions. Smith is also wanted for a new case involving terrorist threats.

Investigators are asking anyone with information on the location of Eddie Lavelle Smith to call SDPD Western Division at (619) 692-4800 or the Crime Stoppers anonymous tip line at (888) 580-8477. Crime Stoppers is offering up to a $1,000 reward to anyone with information that leads to an arrest in this case. Anonymous email and text messages can be sent in via www.sdcrimestoppers.com.