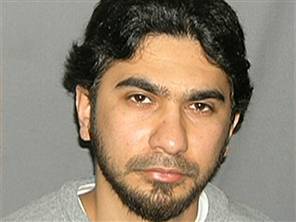 NEW YORK–A Pakistan-born U.S. citizen pleaded guilty today in Manhattan federal court before U.S. District Judge Miriam Goldman Cedarbaum to all counts of the 10-count indictment against him, for allegedly driving a car bomb into Times Square on the evening of May 1, 2010, the Justice Department announced.

Faisal Shahzad, 30, was taken into custody at John F. Kennedy International Airport (JFK Airport) on May 3 after he was identified by the Department of Homeland Security’s U.S. Customs and Border Protection while attempting to leave the United States on a commercial flight to Dubai. Shahzad was then charged in a five-count criminal complaint. On May 18, he was presented in Manhattan federal court before U.S. Magistrate Judge James C. Francis IV. Last week, on June 17, Shahzad was indicted in the Southern District of New York.

“Faisal Shahzad plotted and launched an attack that could have led to serious loss of life, and today the American criminal justice system ensured that he will pay the price for his actions,” Attorney General Eric Holder said.  “We will not rest in bringing to justice terrorists who seek to harm the American people, and we will use every tool available to the government to do so.”

“This investigation included a combination of traditional law enforcement techniques and intelligence-based authorities, with men and women from a number of agencies working side-by-side in support of a common goal,” said FBI Director Robert S. Mueller.

“Today, less than two months after his arrest, Faisal Shahzad pleaded guilty to 10 felony charges for attempting to carry out a plot to bomb the heart of New York City,” said Preet Bharara, the U.S. Attorney for the Southern District of New York. “In admitting his guilt today, Shahzad reminded us of the uniquely serious threat that our city faces every single day. I express my gratitude and admiration for the agents and detectives of the FBI and New York Police Department (NYPD) who dedicate their lives to the daily fight to keep this city, its residents and its visitors, safe from harm.”

U.S. Attorney Bharara added that there is no plea agreement between the government and Shahzad, and that the investigation is continuing. Shahzad is scheduled to be sentenced by Judge Cedarbaum on Oct. 5, 2010, at 10 a.m.

According to the indictment to which Shahzad pleaded guilty, statements made during today’s proceeding, and the criminal complaint filed in Manhattan federal court:

On March 15, Shahzad purchased a semi-automatic 9 millimeter Kel-Tec rifle in Connecticut. This rifle was found, loaded, in Shahzad’s car on the day of his arrest.