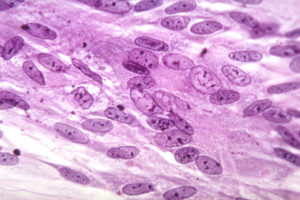 The man had underlying medical conditions and became ill after exposure to a person with shingles, which is caused by the same varicella-zoster virus that causes chickenpox, according to Tom Christensen, County of San Diego Communications Office.  It’s the first reported death from chickenpox in San Diego since 2012, when a non-resident child died of the disease at a local hospital. The last San Diego County resident to die from chickenpox was a 50-year-old man in 2010.

Christensen says chickenpox is easily spread by coughing, sneezing or being in contact with chickenpox blisters. Symptoms of chickenpox include a skin rash of blister-like lesions covering the body but usually more concentrated on the face, scalp, and trunk. The risk of complications increases after puberty and includes bacterial infection of skin lesions, dehydration and pneumonia.

Most, but not all, individuals with chickenpox have fever, which develops just before or when the rash appears. If exposed, persons who have been vaccinated against the disease may get a milder illness, with less severe rash and mild or no fever. The illness lasts about 5 to 10 days.

Shingles is a painful rash that develops in people who have had chickenpox. Shingles usually develops on one side of the body, often the face or torso. The rash forms blisters that typically scab over in 7 to 10 days and clears up within 2 to 4 weeks.

CDC recommends shingles vaccine for adults over 60 years of age.