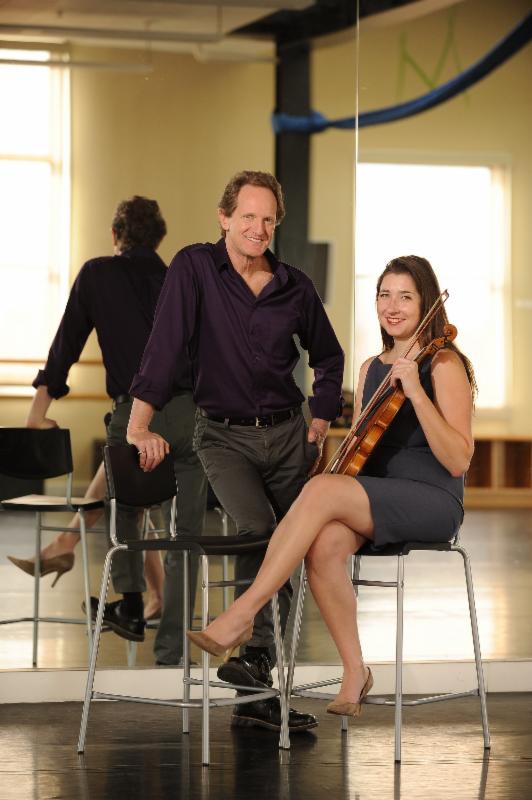 LA JOLLA–Harmony is often defined as “a pleasing combination of elements that make an agreeable whole.” This is sure to be the result when two of San Diego’s most talented artistic directors join forces to present an extraordinary combination of live music and dance called Lifeblood Harmony.

For the first time ever, Malashock Danceand Art of Élan are collaborating to present three evenings of original choreography set to live music by three of today’s most exciting and appealing contemporary composers: David Bruce, Judd Greenstein and Osvaldo Golijov.

The performance at the Mandell Weiss Theatre is presented in partnership with the University of San Diego Department of Theatre and Dance – a reflection of their deep commitment to partner with the dance community in a significant way and build UCSD as a center for dance. The nearly 500-seat venue, featuring a proscenium stage, is often used by La Jolla Playhouse and has recently become San Diego’s newest site for dance.

Artistic Director John Malashock will choreograph three original works featuring ten dancers who will share the stage with six Art of Élan musicians. This is the first time that Greenstein’s and Bruce’s works have been set to dance.

“My work is very musical and I’ve often said that music is the lifeblood of dance so I welcome this opportunity to expand on that concept,” explained John Malashock, Artistic Director. “There are themes that are life affirming in the musical selections we have chosen and I look forward to interpreting the works of these stirring contemporary composers through movement.”

Collaboration across art forms is not a new concept for these two noted San Diego organizations. Malashock recently collaborated with pianist Gustavo Romero in last year’s 25th Anniversary Concert while Art of Élan has presented work at the San Diego Museum of Art featuring the SACRA/PROFANA choral ensemble and local indie band The Tree Ring.

“The musical selections we have chosen for Lifeblood Harmony reflect our commitment to encouraging and supporting new work and the next generation of musical talent,” explained Art of Élan artistic director Kate Hatmaker. “We have long championed David Bruce, introducing him to San Diego audiences back in 2011 when we commissioned him to write a new work for our series.” Bruce was also recently commissioned by the San Diego Symphony for a piece presented on the orchestra’s historic tour to China and Carnegie Hall. “Additionally, Judd Greenstein and Osvaldo Golijov are two dynamic composers whose work will add to the varied and colorful program. Grammy Award winner Golijov has already established himself as a composer whose musical language has universal appeal, and Greenstein belongs to that hip and quirky handful of artists in Brooklyn who are redefining New York’s music scene.”

Greenstein, who will be traveling to San Diego for the performances, is often identified with a group of young New York-based composers labled “indie-classical.” Critics have frequently commented on Greenstein’s idiosyncratic style, which maintains a pulse-driven pop sensibility while employing a sophisticated classical harmonic language. “We are excited to introduce San Diego audiences to this exciting young composer,” added Hatmaker

The performances promise to be intense and challenging – musically, physically and dramatically. Both organizations are committed to the blending of ideas, talent and creative influences to find true harmony.