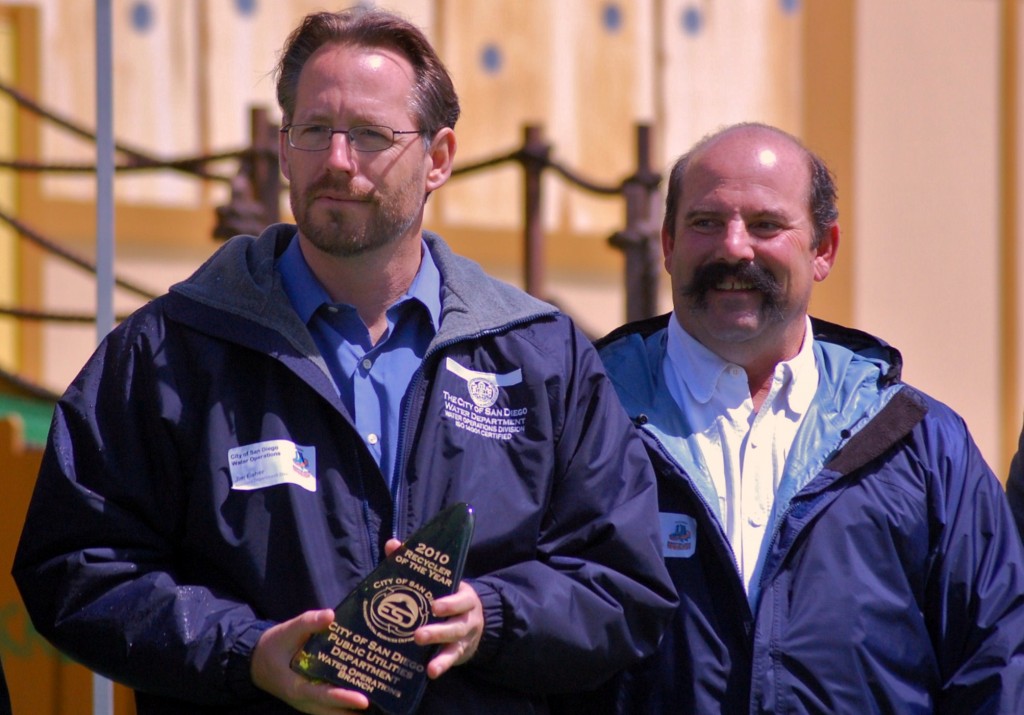 SAN DIEGO–Mayor Jerry Sanders recognized local companies and organizations for their commitment in protecting the environment and conserving natural resources at the 18th annual Waste Reduction and Recycling Awards at SeaWorld San Diego.

The awards program, sponsored by the City’s Environmental Services Department, was led by Sanders, who presented commemorative plaques to representatives of each company and organization.

“Recycling is going to be one of the ways we save landfill costs. We save landfills which are unbelievably hard to put in, but it also helps the environment tremendously,” said Sanders. Without recycling, the landfill at its current projection would be filled in 2016. “It costs hundreds of millions of dollars to build a new one. By recycling, we are about 64% recycling now. That means we extend the life of the landfill.”

The waste diversion programs of these businesses and organizations contributed to the City of San Diego being able to decrease the amount of trash brought into the MiraMar Landfill by 300,000 tons compared to two years ago. This decrease, coupled with a recent height increase agreement with the Marine Corp Air Station Miramar, and two recycling ordinances has resulted in the lifespan of the landfill being extended from 2012 to at least 2019.

This year’s recipients were:

Director’s Recycling Awards were presented to: