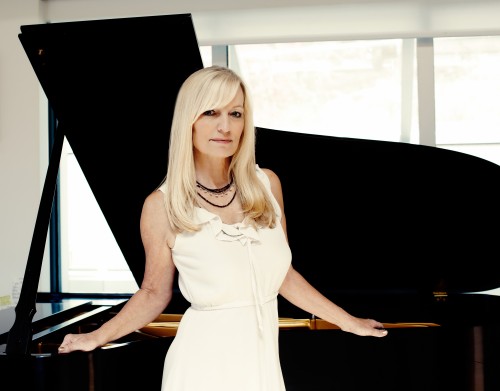 LOS ANGELES – Pianist and composer Lisa Hilton is one of those rare figures in jazz who has been able to take something familiar and do something with it that had no precedent. And this is precisely what she has done on her 16th release to date titled Kaleidoscope on the Ruby Slippers Productions label. The 11 tracks on this CD showcases Hilton performing nine original compositions as pianist/composer of rigorous intellect, whose cerebral interpolations of post bebop and blues concealed – and, in their unique way, transmitted – an almost intimidating intensity of feeling.

Larry Grenadier is recognized internationally as one of contemporary jazz’s most respected and accomplished bassists, and has built an expansive body of work that encompasses a variety of significant projects with many of the genre’s most inventive and influential musicians.

Tenor saxophonist J.D. Allen is often referred to as a member of the third wave of Young Lion mainstream jazz players. As a young man, he was influenced by the great musicians who stayed in Detroit, but upon his arrival in New York City his real apprenticeship began, as he worked with such notables as George Cables, Betty Carter, Ron Carter, Jack DeJohnette, Frank Foster’s Loud Minority big band, Butch Morris, David Murray, and Wallace Roney.

“Larry’s always inspiring narrative coupled with Marcus’s fresh enthusiastic energy augmented J.D.’s deep, powerful tone superbly,” recalls Hilton. “Working with these three gifted musicians has been an honor and I will always be grateful for their support and contributions to this album.”

Kaleidoscope encompasses elements of retro-bop and avant-garde as well as impressionistic and minimalistic ideas throughout its 11 tracks. Hilton shared in a telephone interview with San Diego County News that her  “imaginative compositions draw equally from jazz greats like Thelonious Monk, Duke Ellington and Count Basie as well as the classical tradition.” 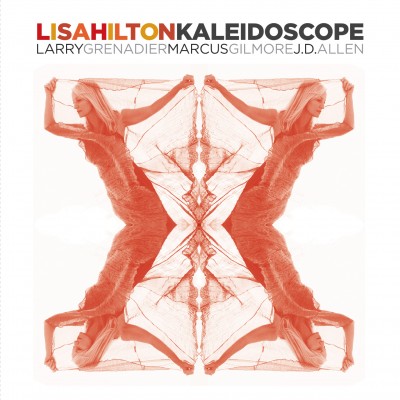 Lisa Hilton’s streams of solos on this album ranges from streams of eighth or sixteenth notes, often played straight on the beat rather than with syncopation; for chorus after chorus she would unfold these long lines, bending them into ever more daring elaborations on the chords, until it seems unavoidable that she would repeat herself somehow, or resort to some show-stopping vamps and riffs. Yet somehow she would keep playing the piano as a chess master plays the board, in endless combinations and with a quiet, frightening brilliance!

Kaleidoscope is somewhat an intimate unveiling of Hilton’s composition creative attributes as well as a tribute to some of the 20th Century’s most admired pianists, composers and musicians such as Herbie Hancock, Horace Silver, Thelonious Monk, Count Basie, Charlie Bird, Duke Ellington, Bill Evans, and Jelly Roll Morton.

In fact when working solo Hilton reflects a compelling mixture of experimentation, awareness of traditions, and deep feelings. A poetic current flows through the Kaleidoscope album due to her unique improvisations, to convey an almost pictorial quality. Take for example the Bach/Basie/Bird/Boogie Blues Bop track in which Hilton confesses that she “wrote the piece to validate where my inspiration comes from and to paint a vivid landscape of the history between classical and jazz compositions.” When you listen to the composition you can hear all the elements of classical mixed with swing, blues and post-bop. While not exactly textbook swing, her piano playing is no way lacking in rhythm or deficient in pushing the groove.

In a similar sense, Hilton’s unique take on combining ragtime, avant-garde, retro-bop, as well as impressionistic and minimalistic ideas in the Kaleidoscope track is intriguing – and conveys a unique fusion of charm and foreboding. Here Lisa follows a somber introduction, built from a simple minor figure into a moody and murky meditation, with a straight impressionistic blues. There is no discernable reason why Hilton would add this puzzling detail, except in that it accomplishes her likely goal of submitting the blues and ragtime combination to different types of examination.

The body of work in Lisa Hilton’s Kaleidoscope proves that she is as unusual as any jazz artist. She is avant-garde and listenable, distant and intimate, settled in her ways yet driven by ceaseless curiosity. And in jazz—that’s a good thing.