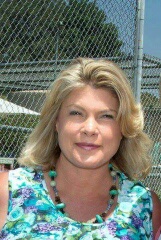 Brink was singled out as the recipient for her widespread work dedicated to supporting the welfare of displaced exotic big cats and bears and advocating for change to protect captive exotic animals in the future.

The Carole Noon Award for Sanctuary Excellence is given annually to a sanctuary or individual who embodies and puts into practice the GFAS philosophy of vision, dedication and excellence in animal care. It memorializes Carole Noon, founder of Save the Chimps in Fort Pierce, Florida, the world’s largest chimpanzee sanctuary.

“Bobbi has been instrumental to the rescue of countless animals, and GFAS is honored to recognize her work and passion,” says Kellie Heckman, GFAS Executive Director. “She is the person to turn to in times of crisis when action is needed for big cats and bears.”

Brink founded Lions Tigers and Bears in Alpine in 2002 after seeing first hand the horrible abuses and neglect inflicted on captive exotic animals. Brink began when she negotiated the release of two captive tigers, Raja and Natasha, from a volatile private owner, who was threatening the cats’ survival. Since that first successful rescue, Brink has provided permanent refuge to over 20 big cats and bears, along with other exotic animals, at the Alpine sanctuary. In addition, Brink has facilitated the rescue and relocation of hundreds of other big cats and bears from across the United States, through fundraising support and providing medical care and transportation to reputable sanctuaries.

“It is an honor to receive this recognition. However, our work is not over yet,” Brink said. “There are still so many animals out there living in unacceptable conditions that need our help, and we won’t stop until the abuse ends once and for all.”

The award will be presented to Brink in person at an award ceremony in the fall.