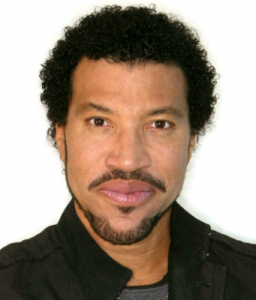 Proceeds from the 26th annual benefit gala dinner and concert — to be held in Los Angeles during GRAMMY Week two nights prior to the 58th Annual GRAMMY Awards–will provide essential support for MusiCares which ensures that music people have a place to turn in times of financial, medical and personal need.

To date, confirmed tribute concert performers include multi-GRAMMY winners Lady Antebellum and Pharrell Williams, as well as singer/songwriter Luke Bryan, reigning Academy of Country Music and Country Music Association Entertainer of the Year. Rickey Minor, current music director for “American Idol” and past two-time music director for the GRAMMY Awards, will be the evening’s musical director. Additional performers will be announced shortly.

Richie is being honored as the 2016 MusiCares Person of the Year in recognition of his significant creative accomplishments as well as his career-spanning charitable work, which has included support for an impressive range of causes over the years, ranging from AIDS and human rights to famine, poverty, human trafficking and women’s issues. He is also a longtime contributor to the United Negro College Fund.

“Each year our MusiCares Person of the Year tribute honors an extraordinary artist and humanitarian who lends their considerable time and talents to raising the funds necessary to continue to meet the ever-increasing need for our programs and services,” said Portnow. “And it is truly a privilege to be paying tribute to Lionel, whose musical gifts and philanthropy have touched millions of people around the world.”

“Lionel’s artistry is a genuine blend of emotional connection and poignant lyricism, and we look forward to a truly magical evening that will highlight his astonishing and inspiring body of work,” said Silva.

“I’m really very proud of this,” said Richie. “As far as I’m concerned, this is the highest honor in our music business because it means you have a career. You’ve survived the journey, if you will. The people who have been there defy categories. When you say Barbra Streisand, Bob Dylan and Paul McCartney — are you kidding me? When I got in this business I wanted to be like them. When you get recognition like this, it’s everything. It really is the top of the mountain when it comes down to what your industry gives as recognition for great work, and the opportunity to help raise funds to sustain MusiCares’ critical safety net of programs for members of the music community is momentous to me.”

While Lionel Richie’s career includes such accolades as selling more than 100 million albums and achieving countless honors, from an Academy Award to four GRAMMY Awards, one of the accomplishments he is most proud of is his bachelor’s degree in economics from Tuskegee University.

In the Commodores, he developed a groundbreaking style that defied genre categories, penning smashes such as “Three Times A Lady,” “Still” and “Easy.” The diamond-certified Album Of The Year GRAMMY winner Can’t Slow Down followed in 1983, giving the world classics such as “All Night Long (All Night),” “Penny Lover,” “Stuck On You,” and “Hello.” His music continued to push boundaries and unite listeners worldwide. It’s because he wasn’t afraid to break genre barriers and craft something singular and timeless.

The next year he performed at the historic 1984 Summer Olympics closing ceremony. In 1985 he joined forces with Michael Jackson to write one of most important pop songs in history, GRAMMY-winning “We Are The World,” for USA For Africa and the album We Are The World. A decade later, in 1996 he began a run of powerful, personal albums that commenced with the gold-certified Louder Than Words, followed by 1998’s Time and 2001’s Renaissance.

The 2016 MusiCares Person of the Year tribute ceremony will be held during GRAMMY Week. The celebration culminates with the 58th Annual GRAMMY Awards at Staples Center on Feb. 15, 2016. The telecast will be broadcast live on the CBS Television Network.