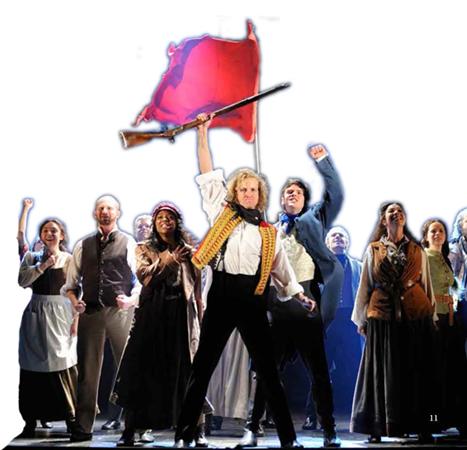 SAN DIEGO–The 25th anniversary production of the longest-running musical, Les Misérables, is now in North America visiting many cities on a multi-year tour. The production features glorious new staging and spectacular reimagined scenery inspired by the paintings of Victor Hugo and you can catch it at the San Diego Civic Theatre August 28 to September 2.

Based on Victor Hugo’s classic novel, Les Misérables is an epic and uplifting story about the survival of the human spirit.  The magnificent score of Les Misérables includes the classic songs “I Dreamed a Dream,” “On My Own,” “Stars,” “Bring Him Home,” “Do You Hear the People Sing?,” “One Day More,” “Empty Chairs at Empty Tables,” “Master Of The House” and many more.

Les Misérables originally opened in London at the Barbican Theatre on October 8, 1985, transferred to the Palace Theatre on December 4, 1985 and moved to its current home at the Queen’s Theatre on April 3, 2004 where it continues to play to packed houses. When Les Misérables celebrated its 21st London birthday on October 8, 2006, it became the World’s Longest-Running Musical, surpassing the record previously held by Cats in London’s West End.

Performances will be held at the San Diego Civic Theatre, 3rd and B Street, 1100 Third Ave., downtown San Diego.