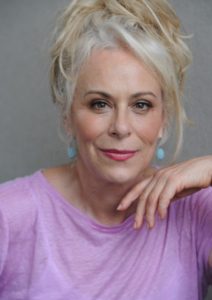 LA JOLLA–La Jolla Playhouse announced the cast and creative team for its world-premiere production of “The Year to Come.”

The play, by Lindsey Ferrentino (Amy and the Orphans, Ugly Lies the Bone), and directed by Encores! Off-Center Artistic Director and UC San Diego M.F.A. graduate Anne Kauffman (Playhouse’s Hundred Days), will run December 4 to 30 in the Mandell Weiss Theatre.

“Lindsey Ferrentino’s latest work paints a funny and deeply moving portrait of contemporary America through the lens of one diverse family,” said Playhouse Artistic Director Christopher Ashley. “It’s a distinct pleasure to have this phenomenal cast join our Playhouse family and to welcome back UC San Diego alumna Anne Kauffman, fresh off her exhilarating production of Hundred Days.”

Every New Year’s Eve, a family gathers in their Florida backyard to ring in the coming year. In between dips in the pool, politically-incorrect banter and a highly-anticipated onion dip, their relationships grow and fracture in moments that become family legend. Unfolding backwards in time, “The Year to Come” shows how the promise of our future is shaped by the lens of our past. Playwright Lindsey Ferrentino introduces us to a distinctly American family whose evolution mirrors the turbulence of the 21st century.

Lindsey Ferrentino is a New York-based playwright originally from Florida, where many of her plays are set. Her critically-acclaimed “Ugly Lies the Bone” was a New York Times Critic’s Pick and played a sold-out, extended run at Roundabout Theatre Company before being produced at The National Theatre in London. In the 2017/2018 season, her play Amy and the Orphans premiered at Roundabout and was called “barrier breaking” by The New York Times. Other plays include “This Flat Earth,” “Kokomo,” “Magic Man,” “Moonlight on the Bayou” and “Paradise Bar and Grill.” Ferrentino is the recipient of the 2016 Kesselring Prize, Laurents/Hatcher Citation of Excellence, ASCAP Cole Porter Playwriting Prize, Paul Newman Drama Award, 2015 Kilroys List, finalist for the Susan Smith Blackburn, nominee for the Outer Critics Circle John Gassner Award, and the only two-time finalist for the Kendeda Playwriting Prize. She is currently under commission from Roundabout, Geffen and South Coast Rep. She holds a B.F.A. from New York University’s Tisch School of the Arts, and has two M.F.A.s in playwriting from Hunter College and The Yale School of Drama.

La Jolla Playhouse is a place where artists and audiences come together to create what’s new and next in the American theatre, from Tony Award-winning productions, to imaginative programs for young audiences, to interactive experiences outside the theatre walls. Currently led by 2017 Tony Award-winning Artistic Director Christopher Ashley and Managing Director Debby Buchholz, the Playhouse was founded in 1947 by Gregory Peck, Dorothy McGuire and Mel Ferrer.